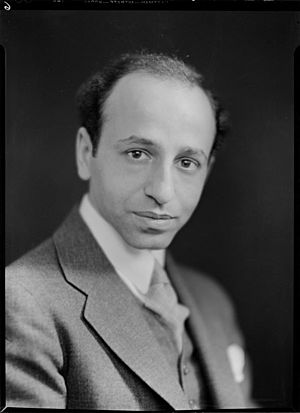 Yousuf Karsh (1908–2002) was a Canadian photographer. He had Armenian heritage. He was a portrait painter. His work includes portraits of statesmen, artists, authors, musicians, film directors, scientists, and other people that do important things. He was celebrated by a festival in 2009.

All content from Kiddle encyclopedia articles (including the article images and facts) can be freely used under Attribution-ShareAlike license, unless stated otherwise. Cite this article:
Yousuf Karsh Facts for Kids. Kiddle Encyclopedia.