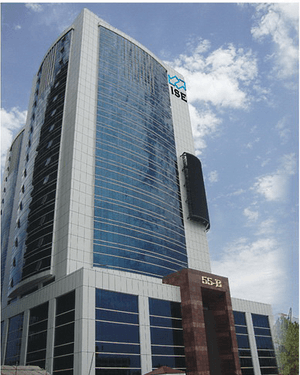 Airblue Limited (styled as airblue) is a private airline. Its head office is in Islamabad, Pakistan. It is Pakistan's second largest airline (after Pakistan International Airlines). It has over 20% of Pakistan's market.

The airline started its operations on June 2004. It had 3 leased Airbus A320-200 airplanes serving three daily domestic flights. In 2007, the company started flights to Manchester via a fuel stop at Trabzon in Turkey. This route is the longest route operated by an A320 family airplanes in the world. It is also the longest scheduled route operated by an Airbus narrow-body airplanes.

All content from Kiddle encyclopedia articles (including the article images and facts) can be freely used under Attribution-ShareAlike license, unless stated otherwise. Cite this article:
Airblue Facts for Kids. Kiddle Encyclopedia.