Archmere Academy is a private Roman Catholic college preparatory school located in Claymont, Delaware, United States. A total of 514 students were enrolled for the 2020–21 academic year. The academy is co-educational and is run independently within the Roman Catholic Diocese of Wilmington.

Archmere Academy was founded in 1932 by the Norbertine religious order, initially as an all-boys school. It began on the former estate of U.S. industrialist John J. Raskob, who lived there with his wife Helena and their 12 children until 1931. Raskob was the campaign manager for New York Governor Al Smith during his presidential campaign in 1928 and the home was used for many meetings, including those of the Democratic National Committee. 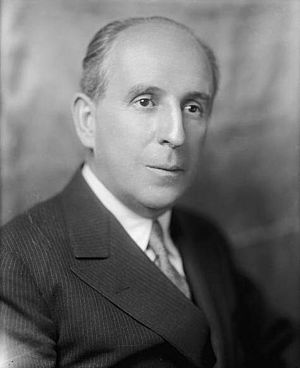 The estate was purchased by Bernard Pennings in 1932. He was the Abbot of the Norbertine Order and is attributed as the founder of St. Norbert College, a private Catholic liberal arts college located in De Pere, Wisconsin. The estate was purchased for $300,000 in the spring of 1932 and officially dedicated in the fall of 1932. The first year of operation, Archmere Academy had an enrollment of 22 students, 16 freshmen and 6 sophomores. In 1933 and 1934, enrollment grew to 50 students and 72 students respectively.

Archmere Academy began slowly expanding during the mid to late 1930s due to enrollment increases. Minor expansions were made to accommodate boarding students. In 1939 it built its first gymnasium and by 1940 it had converted the manor on the property into a science center. The school made a transition in the mid-1940s by where it became strictly a four-year college preparatory institution. It phased out both 7th and 8th grades during the 1946–47 and 1947-48 school years. It continued as a day school and boarding school for boys while its enrollment continued to increase.

In 1957, Archmere Academy celebrated its 25th anniversary with the groundbreaking for St. Norbert Hall, the school's main academic building, which was completed in 1959. Going into the 1960s, it continued to expand to accommodate the increase in enrollment, which had reached 394 students by the end of that decade. The Justin E. Diny Science Center was opened in 1973 with classrooms for physics, chemistry, biology, and environmental science. The old science center was turned into a center for the arts which held classes for the school's chorus, band, theater, and studio arts program. 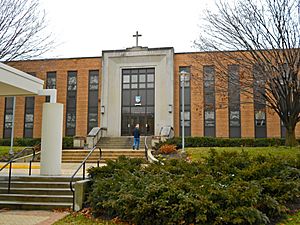 St. Norbert Hall, the center of academic life at Archmere

The 1970s brought about two major changes for Archmere Academy. It moved away from being a boarding school and became a day school exclusively. In 1975 it also announced the decision to become a co-ed institution, enrolling 50 women into the school. It was near the end of the 1970s that the academy established a Board of Trustees, the first meeting of which took place in 1980. The Board has been credited with expanding the curriculum and extracurricular activities at the academy as well as further expanding to accommodate the new programs. One expansion included a renovation of St. Norbert Hall which included an addition to the current building. Additional expansion in the early 1980s included a new auditorium that seated 750 people, as well as a new library constructed on campus.

In April 2001, an internal dispute among the Norbertines relating to the establishment of Claymont Priory separate from Daylesford Abbey spilled over into the administration of Archmere Academy. Interventions from alumni calmed the turmoil and resulted in the Academy taking control of the former Raskob residence, known as "the Patio." 2003 marked the beginning of the academy's "Building on Mission & Heritage" campaign that included goals to complete the Justin E. Diny Science Center expansion, the construction of a Student Life Center, and renovations to the athletic field.

The school broke tradition with the implementation of a non-Norbertine headmaster when Dr. Michael Marinelli, a 1976 graduate of Archmere Academy, took over at the beginning of 2010.

Towards the end of the 2015-16 academic school year, Archmere began massive renovations on Saint Norbert's Hall. This reconstruction made changes to the library and every room in the building.

The Patio, one of the buildings of Archmere Academy, was built between 1916 and 1918 and was originally used as the country estate of John J. Raskob and his wife. Raskob was a financier, the developer of the Empire State Building, and a previous chairman for the Democratic National Committee. The name "Archmere" was given to the estate because of the natural arch of the trees formed over the Delaware River vista. The original building that Raskob constructed, also known as the Patio, was placed on the National Register of Historic Places in 2007. In 2009, the Delaware Public Archives dedicated Archmere Academy with a historical marker.

Archmere students are required to take courses in a variety of areas, including eight semesters of English, seven semesters of religion, and six semesters of mathematics, foreign language, history, and the sciences. Choices for elective classes include art, yearbook (which meets during class time), band, chorus, and computer courses.

The music program at Archmere Academy is an elective program that focuses on performance practices from the Renaissance to the 20th century including jazz and Broadway. Instruction is provided mostly through rehearsal experience although there is a course on music theory for advanced students as well as a songwriting course. Performing groups include the Jazz Ensemble, Concert Choir, Stage Band, and Mastersingers. The Mastersingers was founded in 1988 and consists of 30 students selected by audition at the beginning of the school year. In addition to performing at school liturgies and community concerts, they compete nationally and internationally. The academy also has a partnership that allows student musicians to study with the Serafin String Quartet.

In recent years, Archmere has brought home multiple DIAA championships, such as volleyball and rugby. The 2014 girls volleyball team brought home the trophy following a victory over Charter. In the following year, Archmere volleyball once again went to the finals, however this time losing to Delaware Military Academy. The rugby team at Archmere has brought home 3 consecutive Delaware state titles in 2015, 2016, and 2017. The rugby team would win again in 2019, capturing the Mark Dombroski Cup and the Subaru 7's Regional Championship. The Boys Soccer team would win the school's first state title in soccer and the first DIAA State Title for Archmere since 2014. They would go on to defeat Wilmington Friends 1-0, ending their season 17-1.

In the 1960 season, Archmere's football team broke a 12 year slide of losing seasons by finishing the season 8-0, led by star athlete Joe Biden, who would later become the 46th President of the United States. 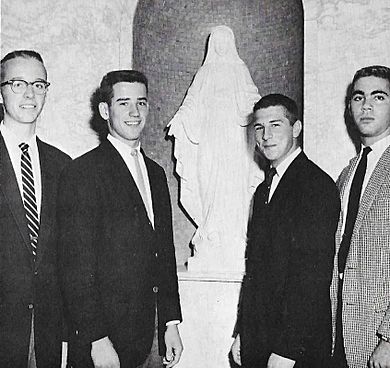 All content from Kiddle encyclopedia articles (including the article images and facts) can be freely used under Attribution-ShareAlike license, unless stated otherwise. Cite this article:
Archmere Academy Facts for Kids. Kiddle Encyclopedia.