Beerburrum is a small town and coastal locality in the Sunshine Coast Region, Queensland, Australia. In the 2016 census, Beerburrum had a population of 763 people. 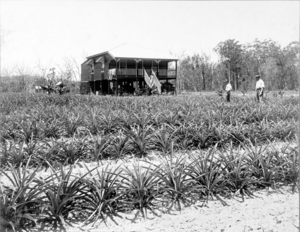 The name is derived from that of a nearby mountain, Mount Beerburrum. In the language of the Indigenous Kabi nation, bir means green parrot and burru mountain.

In 1916, Beerburrum was chosen to be a soldier settlement with over 550 farms allocated. Beerburrum Soldier Settlement was the largest soldier settlement in Queensland. The expectation was that hilly land would be suitable for growing pineapples and other fruits. However, by 1929, it was generally acknowledged that the scheme had failed (like many others), due to the farms being too small to be economically viable and there were shortages of skills, capital and markets.

Beerburrum Post Office opened by 1917 (a receiving office had been open from 1893) and Beerburrum State School opened on 22 April 1918. 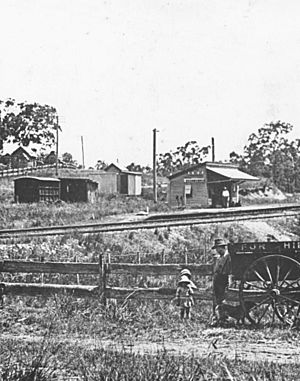 Looking towards the railway station, Beerburrum, 1916

The Beerburrum railway station is on the North Coast railway line, a coastal route connecting from Brisbane through to Cairns.

Beerburrum has a number of heritage-listed sites, including: 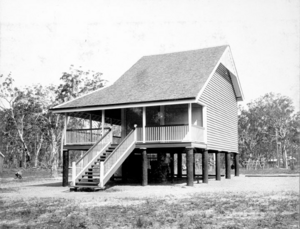 All content from Kiddle encyclopedia articles (including the article images and facts) can be freely used under Attribution-ShareAlike license, unless stated otherwise. Cite this article:
Beerburrum, Queensland Facts for Kids. Kiddle Encyclopedia.