Bernard of Clairvaux facts for kids 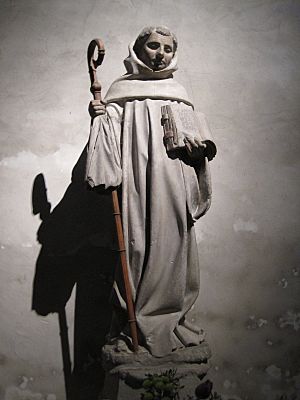 Bernard of Clairvaux (1090-1153) was a French theologian. He is a Roman Catholic saint. He was an Abbot in the Cistercian order. He was also the patron of the Knights Templar.

All content from Kiddle encyclopedia articles (including the article images and facts) can be freely used under Attribution-ShareAlike license, unless stated otherwise. Cite this article:
Bernard of Clairvaux Facts for Kids. Kiddle Encyclopedia.