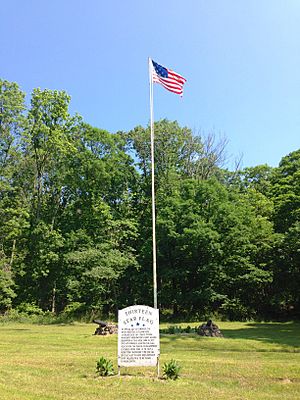 Bridgewater is a relatively large, suburban township located in the center of Somerset County. The area of the present Township of Bridgewater was originally purchased from a local Lenape Native American tribe. Bridgewater was chartered by George II of Great Britain in 1749, and incorporated on February 21, 1798, as one of New Jersey's 104 original townships. It is named after the town of Bridgwater in the English county of Somerset.

Tradition holds that it was at the Middlebrook encampment that the first official flag of the United States was unfurled, after a law to adopt a national flag had been passed by Congress on June 14, 1777. By special order of Congress, a Thirteen Star Flag is flown 24 hours a day at the Washington Camp Ground, part of the former Middlebrook encampment, in Bridgewater. Since 1889, the first hoisting of the flag is commemorated annually each July 4 with a changing of the flag, a reading of the Declaration of Independence, and the delivery of an historical address.

Until the 1960s, Bridgewater was largely known as a farming community. In the 1970s its population began to grow when residents of larger cities such as Plainfield and Newark started to migrate into Bridgewater as a result of the 1967 Plainfield Riots and 1967 Newark riots. Subsequently, Bridgewater started to receive an influx of residents who worked in the strong pharmaceutical, telecommunications and financial industries in Bridgewater and the Raritan Valley. More recently, there has also been growth as Bridgewater has become more popular with New York City commuters who use Bridgewater Station on New Jersey Transit's Raritan Valley Line or Interstate 78 East to commute to New York City. Bridgewater is now a fairly developed suburban community, with only a few traces of its rural past still evident in the town (particularly in its northwestern section). Bridgewater is now Somerset County's second-most populous municipality, after Franklin Township.

Bradley Gardens (with a 2010 Census population of 14,206), Finderne (5,600), Green Knoll (6,200) and Martinsville (11,980) are census-designated places and unincorporated communities located within Bridgewater Township. Other unincorporated communities, localities and place names located partially or completely within the township include Chimney Rock, Middle Brook Heights, Milltown and Sunset Lake. 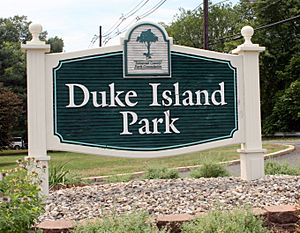 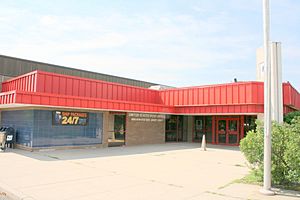 Bridgewater contains a number of communities and sections, many of which do not have officially defined boundaries. They include:

According to National Geographic magazine, Bridgewater has an unusually high number of twins and triplets.

There were 15,561 households of which 38.0% had children under the age of 18 living with them, 66.6% were married couples living together, 7.3% had a female householder with no husband present, and 23.6% were non-families. 19.8% of all households were made up of individuals and 7.6% had someone living alone who was 65 years of age or older. The average household size was 2.71 and the average family size was 3.14.

Washington Camp Ground (also known as Middlebrook encampment), just north of Bound Brook, is a preserved portion of the land on which the army of George Washington encamped during the winter of 1778-79, though the general himself stayed in a house in Somerville.

The area also offers many parks and other recreational facilities, including Washington Valley Park.

NJ Transit bus service is provided on the 114 route to the Port Authority Bus Terminal in Midtown Manhattan, to Newark on the 65 line (Limited) and local Wheels service on the 884 and 989 bus routes.

Bridgewater Township is serviced by three local airports, Solberg-Hunterdon Airport to the west in Readington, Somerset Airport to the north in Bedminster Township, and Central Jersey Regional Airport to the south in Manville. These airports are open to the public and offer charter flight services as well as flight training and other aviation related services. They operate in all weather conditions and have instrument approaches available for use by pilots in bad weather. 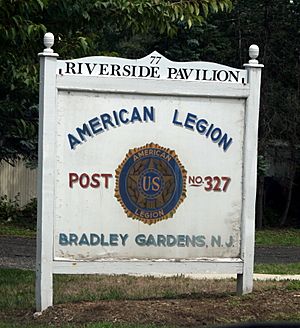 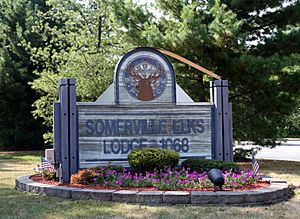 In August 2011, Hurricane Irene submerged the former American Cyanamid Superfund site, causing chemicals to leak into the nearby Raritan River. It could cost Pfizer up to $205 million and take a decade to clean up nearly all of the contaminated American Cyanamid site in Bridgewater—of which 560 acres (230 ha) are in the township and 10 acres (4.0 ha) are in Bound Brook—according to a company study awaiting federal approval.

In early 2011, application was made to turn the former inn/reception center, the Redwood Inn, into a mosque, the town's first. The township council passed an ordinance that required houses of worship, country clubs and other such businesses only be built on locations with access to major roads, which would directly impact the application by the mosque. The planning board then immediately dismissed the application, averting state statute that would become effective on May 5 that would have made rejection much more difficult. The applicant, Al Falah Center, then filed a lawsuit against the township.

In December 2014, the case was settled out of court, with the township agreeing to purchase a 15-acre (6.1 ha) lot between Routes 202-206 and Route 287 for $2.75 million and give it to the organization to build a mosque, as well as provide $5 million paid by its insurer for reimbursement for legal fees and alleged damages. In return, the case was dropped and the township was given ownership of the original Mountaintop Road property, with the zoning ordinance law left intact.

All content from Kiddle encyclopedia articles (including the article images and facts) can be freely used under Attribution-ShareAlike license, unless stated otherwise. Cite this article:
Bridgewater Township, New Jersey Facts for Kids. Kiddle Encyclopedia.