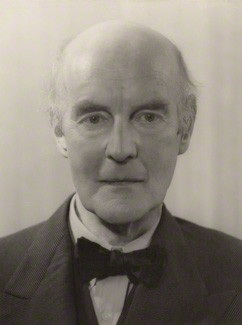 Sir Edward Brantwood Maufe, RA, FRIBA (12 December 1882 – 12 December 1974) was an English architect and designer. He built private homes as well as commercial and institutional buildings, and is noted chiefly for his work on places of worship and memorials. Perhaps his best known buildings are Guildford Cathedral and the Air Forces Memorial. He was a recipient of the Royal Gold Medal for architecture in 1944 and, in 1954, received a knighthood for services to the Imperial War Graves Commission, which he was associated with from 1943 until his death.

All content from Kiddle encyclopedia articles (including the article images and facts) can be freely used under Attribution-ShareAlike license, unless stated otherwise. Cite this article:
Edward Maufe Facts for Kids. Kiddle Encyclopedia.