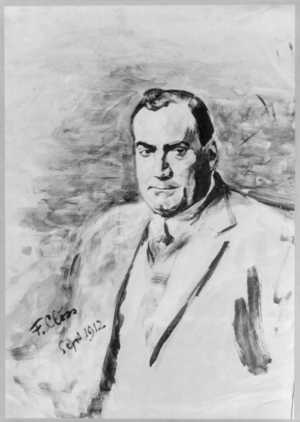 Enrico Caruso (February 25, 1873 – August 2, 1921) was an Italian operic tenor. He was born and died in Naples. He sang at La Scala and the Metropolitan Opera House. In 1987, he received a Grammy Lifetime Achievement Award.

All content from Kiddle encyclopedia articles (including the article images and facts) can be freely used under Attribution-ShareAlike license, unless stated otherwise. Cite this article:
Enrico Caruso Facts for Kids. Kiddle Encyclopedia.