Glocester is a town in Providence County, Rhode Island, United States. The population was 9,974 as of the 2020 census. The villages of Chepachet and Harmony are in Glocester. Putnam Pike (U.S. Route 44) runs through the town center of Glocester into Putnam, Connecticut.

During the American Revolution, Loyalists from Newport were exiled in Glocester to Stephen Keach's farm, including Thomas Vernon, a Tory from Newport, who described Glocester residents in 1776 as:

inclined much to talk of liberty...It is amazing what false and erroneous opinions and ideas these people have entertained...The religion of the people of this town consists entirely of New Light Baptists. The custom of Dipping is much in vogue in this and the neighboring towns.

Samuel Willard (physician) made rounds on Smallpox victims in North Glocester, during the late 18th century.

The Dorr Rebellion began in Glocester in 1841.

Since 1927 the Ancient and Horribles Parade has been an annual Fourth of July tradition in Chepachet, where residents create traditional and satirical political floats.

There were 3,559 households, out of which 38.0% had children under the age of 18 living with them, 66.4% were married couples living together, 8.6% had a female householder with no husband present, and 20.8% were non-families. 15.8% of all households were made up of individuals, and 6.0% had someone living alone who was 65 years of age or older. The average household size was 2.80 and the average family size was 3.14. 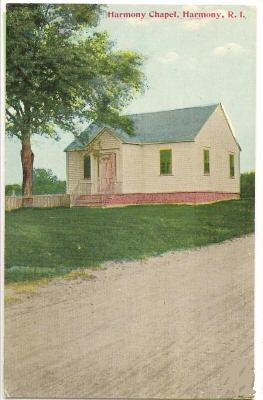 All content from Kiddle encyclopedia articles (including the article images and facts) can be freely used under Attribution-ShareAlike license, unless stated otherwise. Cite this article:
Glocester, Rhode Island Facts for Kids. Kiddle Encyclopedia.