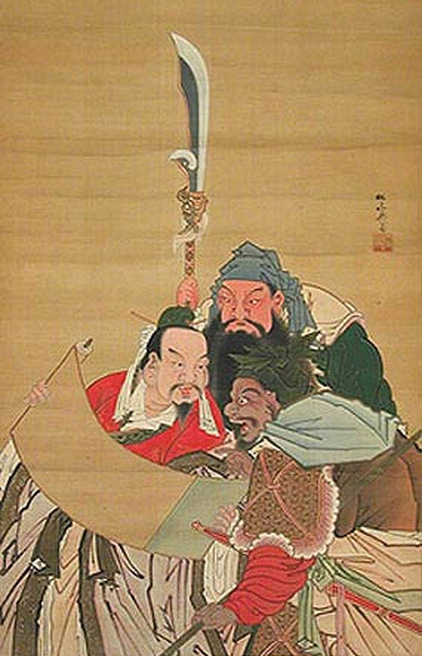 Guan Gong, also known as Guan Yu or Guan Yun Chang (160 – 219) was a general who lived close to two thousand years ago in China. He helped his sworn brother Liu Bei to fight against the dynasty of Wei that seized the throne from the last Han-Emperor. He was also the sworn brother of Zhang Fei, another warrior of Liu Bei's.

The Three Brothers conquered the Southeast of China and founded a Dynasty named Shu Han (because Liu Bei claimed to be the rightful heir of the Han Dynasty). They also battled with Eastern Wu, another Chinese dynasty at this time, and during one of the battles, Guan Yu was captured by the Wu general Lü Meng and executed (along with his son Guan Ping).

In later centuries, Guan Yu became a Chinese deity and was given the name Guan Gong, meaning "Lord Guan".

All content from Kiddle encyclopedia articles (including the article images and facts) can be freely used under Attribution-ShareAlike license, unless stated otherwise. Cite this article:
Guan Gong Facts for Kids. Kiddle Encyclopedia.