Kids Encyclopedia Facts
Not to be confused with Hamilton, Illinois.

Hamilton County is a county located in the U.S. state of Illinois. According to the 2010 census, it has a population of 8,457. Its county seat is McLeansboro. It is located in the southern portion of the state known locally as "Little Egypt".

Hamilton County was formed out of White County in 1821. It is named for Alexander Hamilton, Revolutionary War hero and the first United States Secretary of the Treasury.

In 1925, numerous people were killed by the infamous Tri-State Tornado in an unprecedented rural death toll. 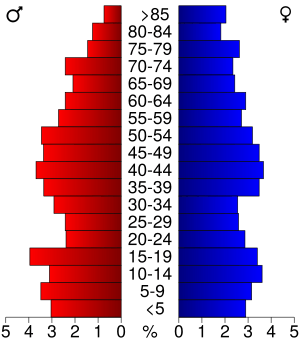 All content from Kiddle encyclopedia articles (including the article images and facts) can be freely used under Attribution-ShareAlike license, unless stated otherwise. Cite this article:
Hamilton County, Illinois Facts for Kids. Kiddle Encyclopedia.