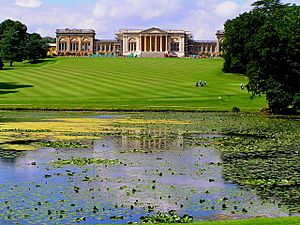 Sir Jack Arnold Hayward (14 June 1923 - 13 January 2015) was an English businessman, property developer, and philanthropist. He was the president of football club Wolverhampton Wanderers from 1990 until 2007.

All content from Kiddle encyclopedia articles (including the article images and facts) can be freely used under Attribution-ShareAlike license, unless stated otherwise. Cite this article:
Jack Hayward Facts for Kids. Kiddle Encyclopedia.