Jersey County is a county located in the U.S. state of Illinois. According to the 2010 census, it has a population of 22,985. The county seat is Jerseyville.

Jersey County lies just northeast of where the great Mississippi and Illinois rivers meet. It is the former home of the Kickapoo, Menomini, Potawatomi, and Illiniwek Confederation American Indians. The first European explorers to visit the area, Father Marquette and Louis Jolliet, arrived in 1673, where they encountered the fearsome painting of the Piasa bird. The present day Pere Marquette State Park, located near Grafton, is named in Father Marquette's honor, and a monument to him is located at the park.

Jersey County was founded on February 28, 1839, and was formed out of Greene County. The county was named for the state of New Jersey, from which many of the early settlers emigrated - which was itself named for the Channel Island of Jersey in Great Britain. The area quickly evolved into several small agricultural communities. As the area soon began to flourish, a county government was established and a courthouse was built in Jerseyville, the county seat. The present courthouse is a magnificent architectural structure that was built in 1893.

Today, while the county maintains its agricultural base, it is also within commuting distance of jobs and industry in St. Louis, Missouri and the surrounding area. A large portion of the population works outside of Jersey County and benefits from being "Near the crowd, but not in it.", the official slogan of the Jersey County Business Association's advertising campaign. The bordering rivers play an important part in Jersey County's economy by supporting agricultural producers and agribusiness, and by creating a strong tourist market. Education, manufacturing, and retail are among the county's largest industries.

Typically, the county's climate reflects most Midwest areas, located in the transitional zone between the humid continental climate type and the humid subtropical climate type (Köppen Dfa and Cfa, respectively), with neither large mountains nor large bodies of water to moderate its temperature. Spring is the wettest season and produces severe weather ranging from tornadoes to snow or ice storms. Summers are hot and humid, and the humidity often makes the heat index rise to temperatures feeling well above 100 °F (38 °C). Fall is mild with lower humidity and can produce intermittent bouts of heavy rainfall with the first snow flurries usually forming in late November. Winters can be cold at times with periodic light snow and temperatures below freezing. 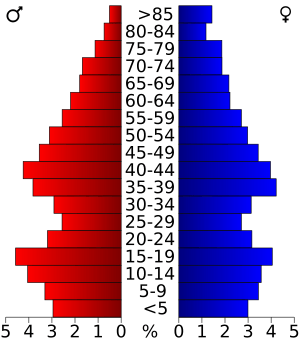 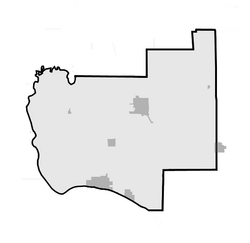 All content from Kiddle encyclopedia articles (including the article images and facts) can be freely used under Attribution-ShareAlike license, unless stated otherwise. Cite this article:
Jersey County, Illinois Facts for Kids. Kiddle Encyclopedia.