Jones County is a county located in the U.S. state of Iowa. As of the 2010 census, the population was 20,638. The county seat is Anamosa. The county was founded in 1837 and named after George Wallace Jones, a United States Senator and member of Congress.

Harvesting corn during the record 2009 season in Jones County. 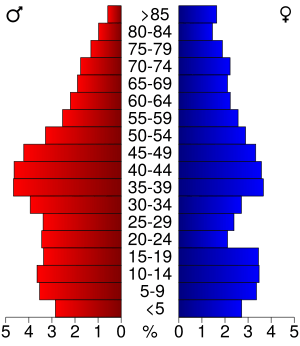 The population ranking of the following table is based on the 2010 census of Jones County.

All content from Kiddle encyclopedia articles (including the article images and facts) can be freely used under Attribution-ShareAlike license, unless stated otherwise. Cite this article:
Jones County, Iowa Facts for Kids. Kiddle Encyclopedia.