Joshua Lederberg (May 23, 1925 – February 2, 2008) was an American geneticist. He was known for his work on bacterial transduction, artificial intelligence, and space exploration. He was just 33 years old when he won the 1958 Nobel Prize in Physiology or Medicine for discovering that bacteria can mate and exchange genes. He shared the prize with Edward Tatum and George Beadle who won for their work on the genetics of the fungus Neurospora.

In addition to his contributions to biology, Lederberg did extensive research in artificial intelligence. This included work in the NASA experimental programs seeking life on Mars and the chemistry expert system Dendral.

In 1946 and 1947, Lederberg took a leave of absence to study under Edward Tatum at Yale University. Lederberg and Tatum showed that the bacterium Escherichia coli entered a phase during which it could share genetic information through bacterial conjugation. With this discovery and some mapping of the E. coli chromosome, Lederberg got his PhD. from Yale University in 1947.

Lederberg and his graduate student Norton Zinder went on to show in 1952 that bacteriophages could transfer genetic information between bacteria in Salmonella. This process, called transduction, explained how bacteria of different species could gain resistance to the same antibiotic quickly. This was followed in 1952 by papers written by Zinder and Lederberg dealing with bacteriophage lambda.

In 1957, Lederberg founded the Department of Medical Genetics at the University of Wisconsin–Madison. 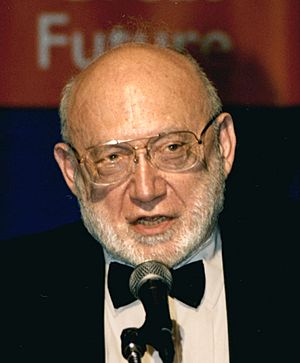 In 1958, Joshua Lederberg received the Nobel Prize and moved to Stanford University where he was the founder and chairman of the Department of Genetics. He collaborated with Frank Macfarlane Burnet to study viral antibodies.

With the launching of Sputnik in 1957, Lederberg became concerned about the biological impact of space exploration. In a letter to the National Academies of Sciences, he outlined his concerns that extraterrestrial microbes might gain entry to Earth onboard spacecraft, causing catastrophic diseases. He also argued that, conversely, microbial contamination of manmade satellites and probes may obscure the search for extraterrestrial life. He advised quarantine for returning astronauts and equipment and sterilization of equipment before launching.

Teaming up with Carl Sagan, his public advocacy for what he termed exobiology helped expand the role of biology in NASA. In the 1960s, he collaborated with Edward Feigenbaum in Stanford's computer science department to develop DENDRAL.

Throughout his career, Lederberg was active as a scientific advisor to the U.S. government. Starting in 1950, he has been a member of various panels of the Presidential Science Advisory Committee. In 1979, he became a member of the U.S. Defense Science Board and the chairman of President Jimmy Carter's President's Cancer Panel. In 1989, he received National Medal of Science for his contributions to the scientific world. In 1994, he headed the Department of Defense's Task Force on Persian Gulf War Health Effects, which investigated Gulf War Syndrome.

In 2006, Lederberg was awarded the Presidential Medal of Freedom.

All content from Kiddle encyclopedia articles (including the article images and facts) can be freely used under Attribution-ShareAlike license, unless stated otherwise. Cite this article:
Joshua Lederberg Facts for Kids. Kiddle Encyclopedia.