Lewiston is a town in Niagara County, New York, United States. The population was 15,944 at the 2020 census. The town and its contained village are named after Morgan Lewis, a governor of New York. 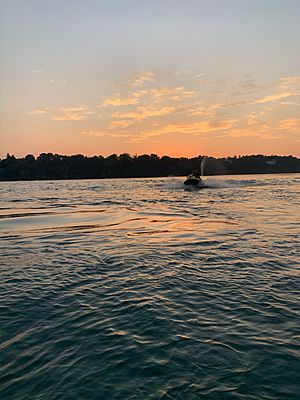 The Town of Lewiston was formed in 1818.

Communities and locations within Lewiston 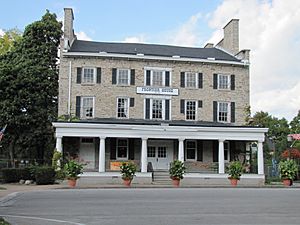 In 2015, the Town of Lewiston was ranked the most affluent community in Niagara County and the eighth overall in Western New York. This ranking was based on raw statistics that came from the five-year version of the U.S. Census Bureau's 2013 American Community Survey, the latest source of official data at the local level. The categories ranged from basic measures (per capita income, median house value) to less familiar indicators (households with interest or dividend income, adults with advanced degrees).

Lewiston home to various business, sporting and entertainment venues, including:

Within the Town of Lewiston, there are also several private schools:

There are several health-care facilities in the town. The Catholic Health-run Mount Saint Mary's Hospital (formed in 1907) is a six-floor facility that offers many differing kinds of high-level healthcare. It also includes the "EmStar" emergency health facility. Adjacent to Mt. St. Mary's is the Our Lady of Peace nursing home.

All content from Kiddle encyclopedia articles (including the article images and facts) can be freely used under Attribution-ShareAlike license, unless stated otherwise. Cite this article:
Lewiston (town), New York Facts for Kids. Kiddle Encyclopedia.