James Francis Cameron (born August 16, 1954) is a Canadian filmmaker, philanthropist, and deep-sea explorer. After working in special effects, he found major success after directing and writing the science fiction action film The Terminator (1984). He then became a popular Hollywood director and was hired to write and direct Aliens (1986); three years later he followed up with The Abyss (1989). He found further critical acclaim for his use of special effects in Terminator 2: Judgment Day (1991). After his film True Lies (1994), Cameron took on his biggest film at the time, Titanic (1997), which earned him Academy Awards for Best Picture, Best Director and Best Film Editing.

After Titanic, Cameron began a project that took almost 10 years to make: his science-fiction epic Avatar (2009), which was in particular a landmark for 3D technology, and for which he received nominations for the same three Academy Awards. Despite Avatar being his only movie made to date in 3D, Cameron is the most successful 3D film-maker in terms of box-office revenue. In the time between making Titanic and Avatar, Cameron spent several years creating many documentary films (specifically underwater documentaries) and co-developed the digital 3D Fusion Camera System. Described by a biographer as part scientist and part artist, Cameron has also contributed to underwater filming and remote vehicle technologies. On March 26, 2012, Cameron reached the bottom of the Mariana Trench, the deepest part of the ocean, in the Deepsea Challenger submersible. He is the first person to do this in a solo descent, and is only the third person to do so ever. 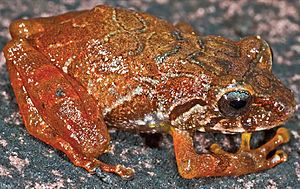 In total, Cameron's directorial efforts have grossed approximately US$2 billion in North America and US$6 billion worldwide. Not adjusted for inflation, Cameron's Titanic and Avatar are the two highest-grossing films of all time at $2.19 billion and $2.78 billion respectively. Cameron also holds the distinction of having directed two of the three films in history to gross over $2 billion worldwide. In March 2011, he was named Hollywood's top earner by Vanity Fair, with estimated 2010 earnings of $257 million. In October 2013, a new species of frog Pristimantis jamescameroni from Venezuela was named after him in recognition of his efforts in environmental awareness, in addition to his public promotion of veganism. 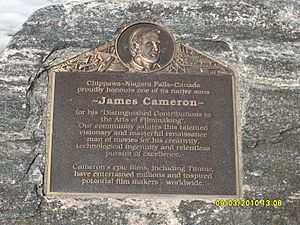 Cameron was born in 1954 in Kapuskasing, Ontario, Canada, the son of Shirley (née Lowe), an artist and nurse, and Phillip Cameron, an electrical engineer. His paternal great-great-great-grandfather emigrated from Balquhidder, Scotland, in 1825.

Cameron grew up in Chippawa, Ontario, and attended Stamford Collegiate School in Niagara Falls, Ontario. His family moved to Brea, California in 1971, when Cameron was 17 years old. He dropped out of Sonora High School, then attended Brea Olinda High School to further his secondary education.

Cameron enrolled at Fullerton College, a two-year community college, in 1973 to study physics. He switched to English, then dropped out before the start of the fall 1974 semester. Next, he worked several jobs, including as a truck driver, writing when he had time. During this period he taught himself about special effects: "I'd go down to the USC library and pull any thesis that graduate students had written about optical printing, or front screen projection, or dye transfers, anything that related to film technology. That way I could sit down and read it, and if they'd let me photocopy it, I would. If not, I'd make notes."

Cameron quit his job as a truck driver to enter the film industry after seeing Star Wars in 1977. When Cameron read Syd Field's book Screenplay, it occurred to him that integrating science and art was possible, and he wrote a 10-minute science-fiction script with two friends, titled Xenogenesis. They raised money, rented camera, lenses, film stock and studio then shot it in 35 mm. They dismantled the camera to understand how to operate it and spent the first half-day of the shoot trying to figure out how to get it running. 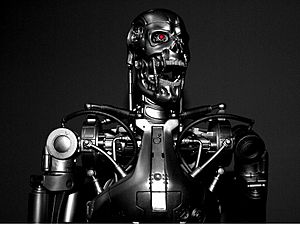 He was the director, writer, producer, and production designer for Xenogenesis (1978). He then became an uncredited production assistant on Rock and Roll High School in 1979. While continuing to educate himself in filmmaking techniques, Cameron started working as a miniature model maker at Roger Corman Studios. Making rapidly produced, low-budget productions taught Cameron to work efficiently. He soon found employment as an art director in the sci-fi movie Battle Beyond the Stars (1980). He did special effects work design and direction on John Carpenter's Escape from New York (1981), acted as production designer on Galaxy of Terror (1981), and consulted on the design of Android (1982).

Cameron was hired as the special effects director for the sequel to Piranha, entitled Piranha II: The Spawning in 1981. The original director, Miller Drake, left the project due to creative differences with producer Ovidio Assonitis, who then gave Cameron his first job as director. The interior scenes were filmed in Rome, Italy, while the underwater sequences were shot at Grand Cayman Island.

The movie was to be produced in Jamaica. On location, production slowed due to numerous problems and adverse weather. Ovidio invited Cameron to stay on location and assist in the shooting. Once in Rome, Ovidio took over the editing when Cameron was stricken with food poisoning. During his illness, Cameron had a nightmare about an invincible robot hitman sent from the future to kill him, giving him the idea for The Terminator, which later catapulted his film career. 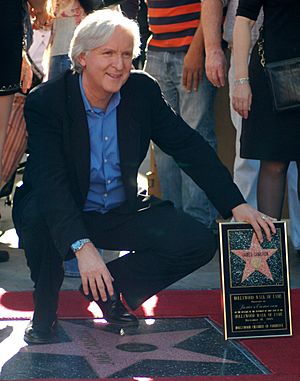 Although Cameron has resided in the United States since 1971, he remains a Canadian citizen. Cameron applied for American citizenship in 2004, but withdrew his application after George W. Bush won the presidential election. Cameron divides his time between his home in California and his second home in New Zealand, a country he fell in love with when he was filming Avatar. In 2016, Cameron partnered with Tourism New Zealand to produce a series of videos that expressed his love for the country.

Cameron is a member of the NASA Advisory Council and is working on the project to put cameras on an upcoming human mission to Mars. Cameron has also given speeches and raised money for the Mars Society, a non-profit organization lobbying for the colonization of Mars.

In 2006 Cameron's wife co-founded MUSE School, in 2015 the school became the first K-12 vegan school in the United States. In 2012, Cameron, his wife and his children adopted a vegan diet. Cameron explains that "By changing what you eat, you will change the entire contract between the human species and the natural world". When asked what's the best thing an individual can do to fight climate change, Cameron said, "Stop eating animals." Cameron and his wife are featured in Eating You Alive, a 2016 American documentary. His The Game Changers (2017) showcases vegan athletes and other icons.

Early in 2014, Cameron purchased the Beaufort Vineyard and Estate Winery in Courtenay, British Columbia, at a price of $2.7 million, as well as a number of other businesses in the area, including cattle ranching operations, to pursue his passion for sustainable agribusiness. 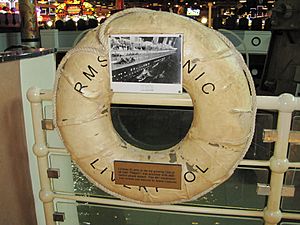 Cameron became an expert on deep-sea exploration in conjunction with his research and underwater filming for The Abyss (1989) and Titanic (1997). In June 2010, Cameron met in Washington with the EPA to discuss possible solutions to the 2010 Deepwater Horizon (BP) oil spill. Later that week at the All Things Digital Conference, he attracted some notoriety when he stated, "Over the last few weeks I've watched...and been thinking, 'Those people don't know what they're doing'." Reportedly, Cameron had offered BP help to plug the oil well, but it declined. The oil spill was eventually stopped using techniques similar to those Cameron recommended.

On March 7, 2012, Cameron took the Deepsea Challenger submersible to the bottom of the New Britain Trench in a five-mile-deep solo dive. On March 26, 2012, Cameron reached the Challenger Deep, the deepest part of the Mariana Trench. He spent more than three hours exploring the ocean floor before returning to the surface. Cameron is the first person to accomplish the trip solo. Cameron has made a three-dimensional film of his dive. During his dive to the Challenger Deep, the data he collected resulted in interesting new finds in the field of marine biology, including new species of sea cucumber, squid worm, and giant single-celled amoeba, which are exciting finds due to the harshness of the environment.

Cameron's films have recurring themes and subtexts. These include the conflicts between humanity and technology, the dangers of corporate greed, strong female characters, and a strong romance subplot. In almost all films, the main characters usually get into dramatic crisis situations with significant threats to their own life or even the threat of an impending apocalypse. The Abyss dealt with deep sea exploration (shot in an unfinished nuclear reactor filled with water) and Cameron himself became an expert in the field of deep-sea wreckage exploration, exploring the wreckage of the Titanic and the Bismarck. Cameron will return to this theme with The Dive, shooting from a minisub.

Cameron has written the scripts to all the movies that he has directed. He has contributed to many more projects as a writer, director, and producer, or as a combination of the three.

Cameron's first film was the 1978 science fiction short film Xenogenesis, which he directed, wrote and produced. Cameron's films have grossed a total of over $7 billion worldwide.

In addition to works of fiction, Cameron has directed and appeared in several documentaries including Ghosts of the Abyss and Aliens of the Deep. He also contributed to a number of television series including Dark Angel and Entourage.

All content from Kiddle encyclopedia articles (including the article images and facts) can be freely used under Attribution-ShareAlike license, unless stated otherwise. Cite this article:
James Cameron Facts for Kids. Kiddle Encyclopedia.