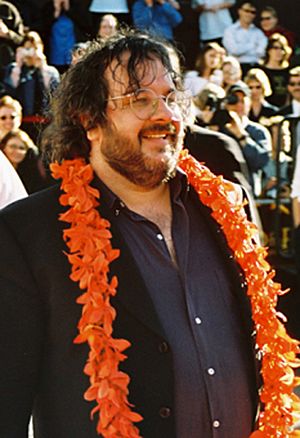 Sir Peter Jackson (born 31 October 1961, Wellington, New Zealand) is a movie director. He is most widely known for directing The Lord of the Rings film trilogy. He is also the director of King Kong.

All content from Kiddle encyclopedia articles (including the article images and facts) can be freely used under Attribution-ShareAlike license, unless stated otherwise. Cite this article:
Peter Jackson Facts for Kids. Kiddle Encyclopedia.