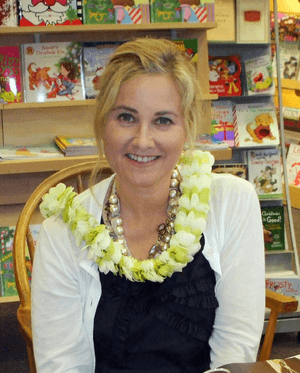 Maureen McCormick at a book signing

Maureen McCormick (born August 5, 1956) is a television actress. She played the character of Marcia Brady on The Brady Bunch starting in 1969 and ending in 1974. She also acted in many other TV series. She wrote an autobiography called Here's the Story: Surviving Marcia Brady and Finding My True Voice.

All content from Kiddle encyclopedia articles (including the article images and facts) can be freely used under Attribution-ShareAlike license, unless stated otherwise. Cite this article:
Maureen McCormick Facts for Kids. Kiddle Encyclopedia.