Monarchy of Norway facts for kids 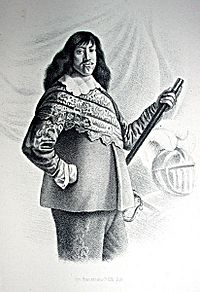 Before the unification in 872 A.D, Norway was made up of 22 small kingdoms.

They merged into larger kingdoms by the different kings (chiefs); Harald Gullskjegg, Gandalv Alvgerisson, Kjøte den rike. Vigbrand fra Agder, Vikar Haraldsson, Øystein Halvdansson in addition to Halvdan Svarte. Harald Fairhair (Harald den Hårfagre) the son of Halfdan the Black (Halvdan Svarte) unified Norway once and for all into one kingdom at the battle of Hafrsfjord. Where he fought against the five remaining Kings in the west of the country (Vestlandet).

All content from Kiddle encyclopedia articles (including the article images and facts) can be freely used under Attribution-ShareAlike license, unless stated otherwise. Cite this article:
Monarchy of Norway Facts for Kids. Kiddle Encyclopedia.