Mount Seymour Provincial Park is a park in Vancouver, British Columbia's North Shore Mountains. With an area of 35 square kilometres, it is located approximately 15 kilometres north of Downtown Vancouver. The park, named after Frederick Seymour, was established in 1936. Mount Seymour Provincial Park provides visitors with a variety of recreational activities and animals with natural habitat.

Mount Seymour Provincial Park is in a mountain wilderness setting and several mountain peaks lie within its boundaries, including Mount Bishop, Mount Elsay, Runner Peak, and Mount Seymour. This park and its several mountain peaks are provincially run and operated. The highest elevation in the park is the summit of Mount Bishop at 1509 metres followed by Mount Seymour, for which the park is named, at 1449 metres. The park contains several lakes, including Elsay Lake (the largest), Pencier Lake, Gopher Lake, and Goldie Lake. Many lakes within the park drain into the Seymour River, which is west of the park. 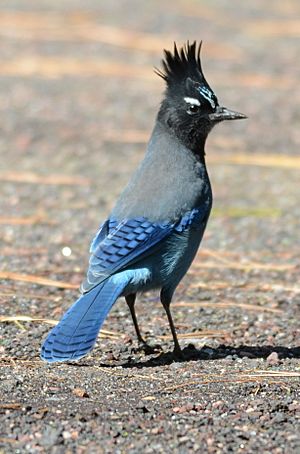 The Steller jay is a common bird often seen around the provincial park and is the official bird of British Columbia.

Mount Seymour Provincial Park is a habitat for a variety of wildlife animal and plant species. Among the bigger animals, deer and coyotes are most frequently observed near the access road, while in the backcountry, black bears, bobcats or cougars can be seen. To preserve the wildlife and to prevent attacks, the park has laws against hikers and tourists from feeding or tormenting wildlife animals. Groups like the Society For The Prevention Of Cruelty To Animals (BC SPCA) and the Animal Advocates Society look to preserve and protect animals.

The park is home to much smaller animals and creatures as well. Species of birds such as the chickadee, sapsucker, grouse and siskin are commonly seen. Mount Seymour park provides an opportunity to see other birds like the Canada jay, raven, and the Steller's jay, which happens to be the official bird of British Columbia. This bird was chosen as British Columbia's Ministry of Environment and Parks launched a three-month campaign to select a provincial bird in 1987. The campaign was tied in with the province’s celebration of Wildlife ‘87, the centennial of wildlife conservation in Canada.

These wild animals are found in Mount Seymour Provincial Park. 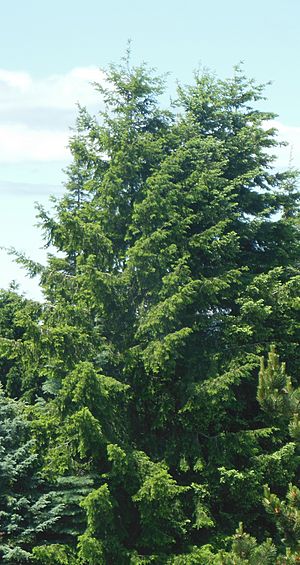 A Douglas fir tree is commonly seen throughout the Mount Seymour Provincial Park.

The Mount Seymour Provincial Park is 3,508 hectares with a variety of natural foliage and forest. The park contains old-growth Douglas fir trees and western red cedar that cover the landscape. As well, second-growth coniferous and deciduous trees populate the park. At higher elevations of the park, we see a transition from forest to open meadows. In certain areas, it is common to see sub-alpine flowers like the blu clematis, ballhead waterleaf and the Cusick's speedwell flower.

The Provincial Park on Mount Seymour has a history of infestations of various invasive plants. Invasive plants (also called "non-indigenous" or "non-native") outcompete native species for basic necessities, such as nutrients and space, affecting many habitats and bioregions. Mount Seymour Provincial Park is no stranger to its own share of invasive plants. There are often clumps of Japanese knotweed seen around the park. It is common to see bull thistles growing on a mound of old road and clay pushed up around a pullout. St John’s wort, Lamium and Himalayan blackberry grow among the thicket of native flora that provide a view for occasional mountain bikers that pass by. Some of the other invasive plants inventoried by the park include:

Japanese knotweed is harmful to the ecosystem because it takes up available habitat for the native species thereby decreasing the biodiversity and disrupting the food chain. Also, knotweed roots are known to break off and float downstream, forming new infestation and threatening the stream banks. Yellow hawkweed tends to invade open and undisturbed natural areas. It establishes and spreads along roads or areas that are yet to reforest, affecting the forest industry.

Invasive plants are often handled and dealt with by the Invasive Species Council of Metro Vancouver (ISCMV). The ISCMV conduct inventory and both mechanical and chemical invasive species control work. Their projects and work extend across the Metro Vancouver Area. They deal with invasive species like knotweed, giant hogweed and selective herbicide control methods. Invasive Species Council (ISC) of British Columbia deals with the invasive plants as well. It has Invasive Plant Training Program that teaches invasive plant identification, inventory skill, s monitoring techniques and tools of integrated pest management to the participants. Also, ISC organizes Community Weed Pulls to gather volunteer groups to get rid of the invasive plants.

*Unclear information is marked with -

Runner Peak and Mount Elsay from the Elsay Lake Trail

Old Buck Trail is the only trail throughout the park that allows horseback riding.

There are several lakes in Mount Seymour Provincial Park such as Goldie Lake, Flower Lake, and Mystery Lake. There is no regulation for swimming but there are no lifeguards at duty.

With a valid fishing licence, visitors of the park can fish in the Elsay Lake; it can be accessed only through Elsay Lake trail. 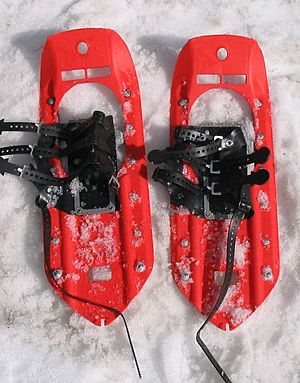 The provincial park provides winter trails for activities like snowshoeing and backcountry skiing. These trails are open from mid-December to March 31 each year. Snowshoers, backcountry skiers, snowboarders and hikers are also allowed use of these the backcountry trails. Passes or permits are not required to use the BC Parks Backcountry.

The ski area of Mount Seymour Resorts has 4 ski lifts:

Mount Seymour is home to many Vancouver-area broadcasters. They have their transmitters set up on the slopes of Mount Seymour, allowing it to face over the entire Greater Vancouver area. Some broadcasters include FM radio station, CKKS-FM-2 107.5 (Kiss) and CJAX-FM 96.9 (Jack FM). As well, many TV stations such as CBUT-DT (CBC): UHF 43 (digital) and CHAN-DT (Global): UHF 22 (digital) have their transmitters located on the mountain.

All content from Kiddle encyclopedia articles (including the article images and facts) can be freely used under Attribution-ShareAlike license, unless stated otherwise. Cite this article:
Mount Seymour Provincial Park Facts for Kids. Kiddle Encyclopedia.