Murray County is a county located in the U.S. state of Minnesota. The population was 8,725 at the 2010 census. Its county seat is Slayton. The county was formed in 1857 and organized in 1872.

During the 1880s, there was a "war" to decide whether Currie or Slayton would be the county seat.

According to the U.S. Census Bureau, the county has a total area of 720 square miles (1,900 km2), of which 705 square miles (1,830 km2) is land and 15 square miles (39 km2) (2.1%) is water. The Mississippi-Missouri watershed divide runs through the western part of the county, near Chandler, along what is locally known as Buffalo Ridge. The highest point is in Chanarambie Township, over 1920 feet above sea level. 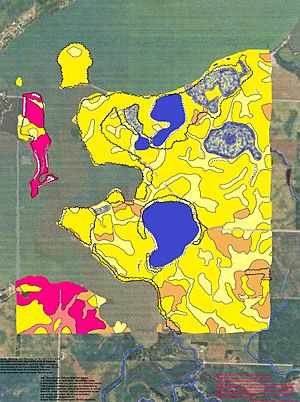 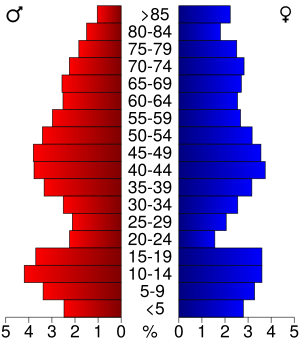 All content from Kiddle encyclopedia articles (including the article images and facts) can be freely used under Attribution-ShareAlike license, unless stated otherwise. Cite this article:
Murray County, Minnesota Facts for Kids. Kiddle Encyclopedia.