Redwood County is a county located in the U.S. state of Minnesota. As of the 2010 census, the population was 16,059. Its county seat is Redwood Falls, located along the Redwood River near its confluence with the Minnesota River. The largely rural area is devoted to commodity crops of corn and soybeans.

The Lower Sioux Indian Reservation (also known as the Mdewakankton Tribal Reservation) is entirely within the county, along the southern bank of the Minnesota River in Paxton and Sherman townships. In the 2000 census, it had a population of 335 persons. 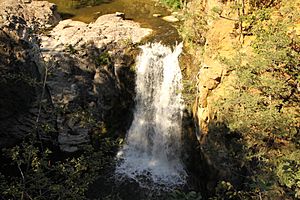 The Redwood River flows through the county to its confluence with the Minnesota River downstream of the county seat of Redwood Falls. 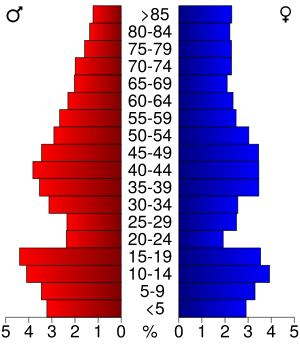 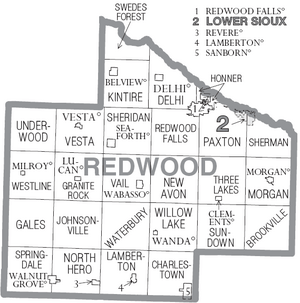 Cities and townships of Redwood County

All content from Kiddle encyclopedia articles (including the article images and facts) can be freely used under Attribution-ShareAlike license, unless stated otherwise. Cite this article:
Redwood County, Minnesota Facts for Kids. Kiddle Encyclopedia.