Kids Encyclopedia Facts
Not to be confused with Cottonwood, Minnesota.

Cottonwood County was established May 23, 1857 and formally organized on July 29, 1870. It was named after the Cottonwood River - a translation of the Dakota Sioux name, "Waraju" - which runs through the northeast corner of Germantown Township. The river received its name from the abundance of cottonwood trees on its banks.

Minnesota Governor Austin appointed three county commissioners when the county was established. They met at a private home about six miles northwest of Windom on the Des Moines River at Big Bend. During this meeting, they designated the commissioners districts and changed various county officers. In the fall of 1870, the first general election was held. The first deed on record was filed on January 10, 1870. The first land assessments were made in 1871, and in 1872, the first taxes were paid.

The city of Windom was declared the county seat in the 1872 general election and a proclamation was signed by the governor. 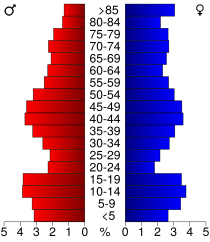 All content from Kiddle encyclopedia articles (including the article images and facts) can be freely used under Attribution-ShareAlike license, unless stated otherwise. Cite this article:
Cottonwood County, Minnesota Facts for Kids. Kiddle Encyclopedia.