Brown County was founded in 1855. It was named for Joseph Renshaw Brown, a member of the Governor's Council of Minnesota in 1855.

The Minnesota River flows along the county's northern boundary; two of its tributaries, the Cottonwood and Little Cottonwood Rivers, flow eastwardly through the county. 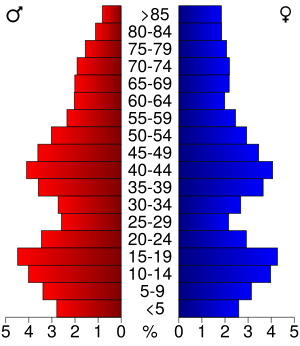 All content from Kiddle encyclopedia articles (including the article images and facts) can be freely used under Attribution-ShareAlike license, unless stated otherwise. Cite this article:
Brown County, Minnesota Facts for Kids. Kiddle Encyclopedia.