Lac qui Parle County is a county located in the U.S. state of Minnesota. As of the 2010 census, the population was 7,259. Its county seat is Madison. The name of the county is French for "lake which talks."

A March 2011 study by the University of Wisconsin and the Robert Wood Johnson Foundation ranked Lac qui Parle County the healthiest county in Minnesota. 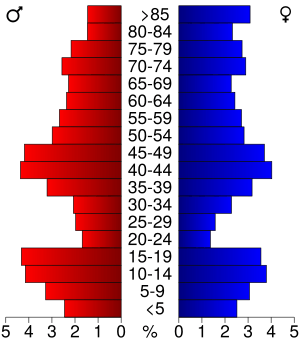 All content from Kiddle encyclopedia articles (including the article images and facts) can be freely used under Attribution-ShareAlike license, unless stated otherwise. Cite this article:
Lac qui Parle County, Minnesota Facts for Kids. Kiddle Encyclopedia.