Swift County is a county located in the U.S. state of Minnesota. As of the 2010 census, the population was 9,783. Its county seat is Benson.

Swift County was established February 18, 1870. This county was named after Henry Adoniram Swift, the governor of Minnesota in 1863. It is located in the west central part of Minnesota and consists of 757 square miles (2,000 km2) with 3 tiers of 7 townships each. The Swift County Courthouse was built in 1897 and was listed on the National Register of Historic Places in 1976. The City of Benson is the County seat of Swift County. The railroad tracks run through the center of the town of Benson and divide the downtown business districts with parks on each side of the tracks.

The Indians had grievances against the government including delays in sending annuities which caused near starvation several times. In August, 1862, an Indian rebellion broke out in Minnesota. The warfare reached the settlements just getting started in the northeastern part of Swift County. By the latter part of September, 1862, the Indian War was almost over but the settlers hesitated to venture back to the prairie country of Swift County until 1865 when all danger was apparently over. Scandinavians and Germans were in decided majority among the early settlers. A number of them came with the honor and privileges of Civil War veterans.

In 1869, the St. Paul & Pacific Railroad had reached Willmar and the following year it arrived in Benson. The railroad company determined the number of future trading centers (Kerkhoven, DeGraff, Benson, Randall) in the county by locating sites at intervals of approximately 8 miles (13 km).

Historical building in Swift County include:

Swift County is primarily an agriculture community. It is a vast, flat monotonous stretch of land, unbroken by trees. The following example shows savanna and prairie soils: https://commons.wikimedia.org/wiki/File:Monson_Lake_SP_Master_New_Wiki_Version.JPG Besides farming, the county is home to agriculture equipment manufacturers, an ethanol plant, and the Fibrominn Combined Heat & Power (CHP) Plant which burns turkey litter mixed-with wood chips and mulch.

Swift County is home to a total of 24 lakes. Lake Oliver is one of the biggest in the county at 416 acres (1.7 km2). The lakes in Swift County are great for fishing. There are 9 rivers and streams in this county. 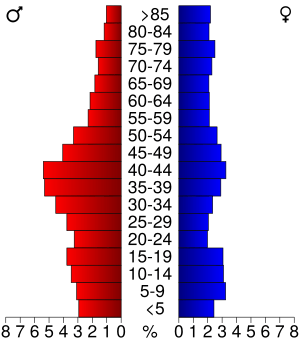 All content from Kiddle encyclopedia articles (including the article images and facts) can be freely used under Attribution-ShareAlike license, unless stated otherwise. Cite this article:
Swift County, Minnesota Facts for Kids. Kiddle Encyclopedia.