The capital and largest city of the region is Rancagua. The second major city is San Fernando.

In 1880, the old "O'Higgins Province" was created with the territory of the present Cachapoal Province. In 1974, with the creation of the Regions of Chile, it became, together with the Colchagua Province, the new Region VI, known since then as Libertador General Bernardo O'Higgins Region.

The O'Higgins Region is bordered to the west by the Pacific Ocean, to the east by Argentina, to the north by the Valparaíso and Santiago Metropolitan Regions, and to the south by the Maule Region.

The main rivers are the Cachapoal and Tinguiririca.

The O’Higgins region is divided in three provinces: Cachapoal, Cardenal Caro and Colchagua. 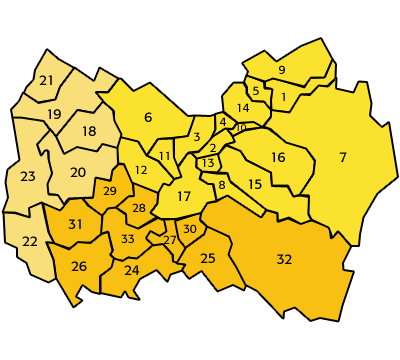 All content from Kiddle encyclopedia articles (including the article images and facts) can be freely used under Attribution-ShareAlike license, unless stated otherwise. Cite this article:
O'Higgins Region Facts for Kids. Kiddle Encyclopedia.