This article is about the Atacama Region; for the desert, see Atacama Desert.

The III Atacama Region Region (Spanish: III Región de Atacama) is one of Chile's 15 first order administrative divisions. The southern portion of the Atacama Desert is in the region; the rest of the desert is in the other regions to the north (Norte Grande natural region).

The capital of the region is the city of Copiapó; it is at 806 km (501 mi) north of Santiago, the capital of country.

From 1843, Atacama was a province of Chile but in 1974, with the creation of the Regions of Chile, it became one of those regions.

The Atacama region borders the Tarapacá region to the north, Argentina (provinces of Catamarca, La Rioja and San Juan), on the east, the Coquimbo region on the south and the Pacific Ocean on the west.

The Atacama region is divided in three provinces: Chañaral, Copiapó and Huasco. 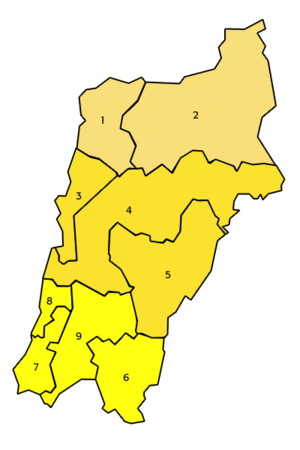 All content from Kiddle encyclopedia articles (including the article images and facts) can be freely used under Attribution-ShareAlike license, unless stated otherwise. Cite this article:
Atacama Region Facts for Kids. Kiddle Encyclopedia.