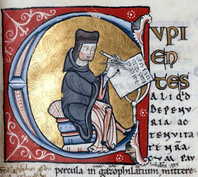 Peter Lombard (1096-1164) was a Scholastic theologian whose work was very well known in the Middle Ages. He wrote Sentences , and became Bishop of Paris. Theologians from Thomas Aquinas to John Calvin were influenced by him. In 2009 Pope Benedict XVI spoke about his work. 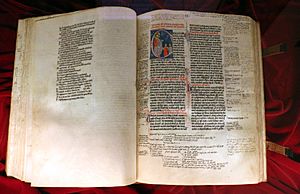 All content from Kiddle encyclopedia articles (including the article images and facts) can be freely used under Attribution-ShareAlike license, unless stated otherwise. Cite this article:
Peter Lombard Facts for Kids. Kiddle Encyclopedia.