Plympton, or Plympton Maurice or Plympton St Maurice or Plympton St Mary or Plympton Erle, in south-western Devon, is a populous, north-eastern suburb of the city of Plymouth of which it officially became part, along with Plymstock, in 1967. It was an ancient stannary town: an important trading centre in the past for locally mined tin, and a former seaport (before the River Plym silted up and trade moved down the river to Plymouth).

Plympton still has its own town centre (called the Ridgeway), and is itself an amalgamation of several villages, including St Mary's, St Maurice, Colebrook, Woodford, Newnham, Langage and Chaddlewood.

Although the name of the town appears to be derived from its location on the River Plym (compare, for instance, Otterton or Yealmpton), this is not considered to be the case. As J. Brooking Rowe pointed out in 1906, the town is not and never was sited on the river. The earliest surviving documentary reference to the place is as Plymentun in Anglo-Saxon charter S380 dated to around 900 AD, and this name may be derived from the Old English adjective plymen, meaning "growing with plum-trees". So Plympton would have the meaning "Plum-tree farm". Alternatively, Cornish derivations also give ploumenn meaning 'plum' and plo(b)m meaning 'lead' - possibly related to Latin plombum album ( 'British lead') or tin. The local civic association, however, suggests an alternative derivation from the Celtic Pen-lyn-dun ("fort at the head of a creek").

By the early 13th century, the River Plym was named from a back-formation from this name and nearby Plymstock. This later led to the naming of the fishing port created at the river's mouth (Plymouth, originally named Sutton) when the river estuary silted up too much for the monks to sail up river to Plympton any longer.

Near Plympton is the Iron Age hill fort of Boringdon Camp.

Plympton is listed in the Domesday Book of 1086 as follows:

Note: Domesday book measurements are informed best guess only. This is due to the outdated measurements not being truly translatable to those in modern use. They are, as stated in the source, a transliteration rather than original.

Plympton was the site of an important priory founded by William Warelwast in the early 12th century. The members were Augustinian canons and the priory soon became the second richest monastic house in Devon (after Tavistock). The gatehouse of the priory is still in existence. In 1872 it was recorded that the gatehouse, kitchen and refectory were still in good condition. 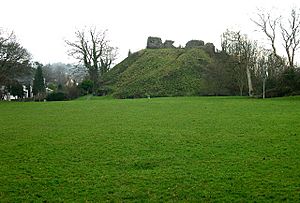 Richard de Redvers (d.1107) was granted the feudal barony of Plympton, with caput at Plympton Castle, by King Henry I (1100-1135), of which king he was a most trusted supporter. His family later became Earls of Devon. Their lands, including Plympton, and titles were later inherited by the Courtenay family, feudal barons of Okehampton. The ancient Stannary town remains dominated by its now ruined Norman motte-and-bailey castle and it still retains a cohesive medieval street pattern. A number of historic buildings in the local vernacular style of green Devon slate, limestone and lime-washed walls, with Dartmoor granite detailing, attest to all periods of its history.

The town was one of the rotten boroughs, and sent two MPs to the unreformed House of Commons before the Reform Act 1832 stripped it of its representation. 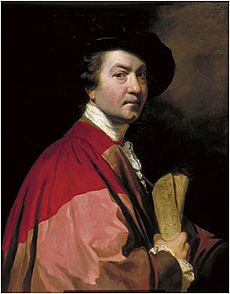 Sir Joshua Reynolds in a self-portrait

The town was the birthplace and early residence of the painter Sir Joshua Reynolds. Reynolds was Mayor of Plympton, as well as first president of the Royal Academy of Art. His father was headmaster of Plympton Grammar School which itself is an attractive historic building in the centre of the town. Former pupils were Benjamin Haydon and Sir Charles Lock Eastlake, PRA, who were respectively first director of the National Gallery and first president of the Royal Photographic Society. Many of Reynold's paintings were purchased by his friends the Parker family of local Saltram House, now owned by the National Trust, and are still on public display there. 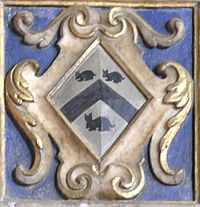 Between about 1990 and 2010 Plympton has seen considerable growth as the suburban population of Plymouth has doubled. To help manage this rapid growth more efficiently, Plympton has been separated into a series of separate districts: Yealmpstone, Plympton-St Maurice, Colebrook, Underwood, Woodford and Chaddlewood.

Plympton has two state secondary schools serving pupils from ages 11–18. Both Ridgeway School and Hele's School attract students from the Plympton area and surrounding areas of Laira, Ivybridge and Dartmoor.

A new town to be called Sherford is proposed to be built adjacent to Plympton. This development is expected to consist of "at least 4,000 dwellings by 2016".

The Plym Valley Railway is a preserved railway based at the reconstructed Marsh Mills station on Coypool Road. This was formerly part of the GWR Plymouth to Launceston branch line. The volunteer-run PVR is actively rebuilding the line between Marsh Mills and Plymbridge. Steam and diesel heritage trains run on numerous Sundays throughout the year.

Plymouth City Council has stated it would like to see a rail station reopened on the London main line running through the middle of Plympton, which would provide quick and frequent trains into Plymouth. But there are major obstacles to providing such a service on a primarily inter-regional rail route, shown when Ivybridge - on the same line - got a new station in 1994.

All content from Kiddle encyclopedia articles (including the article images and facts) can be freely used under Attribution-ShareAlike license, unless stated otherwise. Cite this article:
Plympton Facts for Kids. Kiddle Encyclopedia.