Prairie County is located in the Central Arkansas region of the U.S. state of Arkansas. The county is named for the Grand Prairie, a subregion of the Arkansas Delta known for rice cultivation and aquaculture which runs through the county. Created as Arkansas's 54th county in 1864, Prairie County is home to four incorporated towns, including DeValls Bluff, the southern district county seat, and two incorporated cities, including Des Arc, the northern district county seat. The county is also the site of numerous unincorporated communities and ghost towns. Occupying 676 square miles (175,000 ha), Prairie County is the median-sized county in Arkansas. As of the 2010 Census, the county's population is 8,715 people in 4,503 households. Based on population, the county is the ninth-smallest county of the 75 in Arkansas.

The county is crossed by Interstate 40 (I-40), a major east-west Interstate highway running from California to North Carolina, as well as four United States highways (U.S. Route 63 [US 63], US 70, US 79, and US 165). Eleven Arkansas state highways run in the county. Prairie County is served by two public owned/public use general aviation airports and six potable water systems.

The county at first was land given to Cherokee Indians resettled from Tennessee and was the Western band of Cherokee reservation from 1812 to 1836. Even today, an estimated 2,000 residents have some American Indian ancestry.

Prairie County suffered greatly during the Civil War. Des Arc was partly destroyed, and a local historian estimated that not more than 15 horses were left in the county by the war's end. The rest had been taken by soldiers of one army or the other.

Stern's Medlar, a previously unknown plant species, was discovered in Prairie County as recently as 1990. It is not known to grow anywhere else in the world. The plant is critically endangered, with only 25 known specimens, all growing within a single small wood, now protected as the Konecny Grove Natural Area.

The county is located between two primary geographic regions of Arkansas: Central Arkansas and the Arkansas Delta (in Arkansas, usually referred to as "the Delta"). The Arkansas Delta is a subregion of the Mississippi Alluvial Plain, which is a flat area consisting of rich, fertile sediment deposits from the Mississippi River between Louisiana and Illinois. The county is often described as being within the Grand Prairie, a subdivision of the Arkansas Delta known today for rice farming and aquaculture, rather than Central Arkansas or the Delta. It is this geographic feature from which the county derives its name. According to the U.S. Census Bureau, the county has a total area of 676 square miles (1,750 km2), of which 648 square miles (1,680 km2) is land and 28 square miles (73 km2) (4.1%) is water. 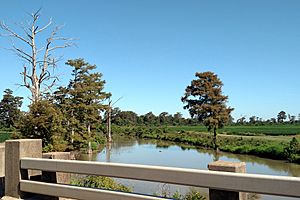 Prior to settlement, Prairie County was large, flat grassland distinct from the swamps and bayous in the nearby Delta. Although cotton and other row crops grew well in the Prairie's silty loam soil, rice production changed the cultivation patterns in the county at the turn of the nineteenth century. Although some prairie and riparian areas has been preserved in conservation areas, a large portion (44 percent) of the county remains in cultivation. Another large land use in Prairie County is the Cache River NWR and Wattensaw Wildlife Management Area (WMA), owned by the United States Fish and Wildlife Service and Arkansas Game and Fish Commission, respectively. 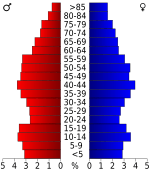 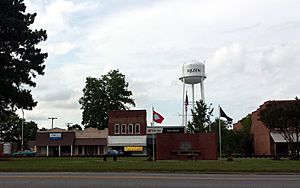 Two incorporated cities and four incorporated towns are located within the county. The largest city and one of two county seats, Des Arc, is located in the northern part of the county on the White River. Des Arc's population in 2010 was 1,717—well below its peak of 2,001 at the 1980 and 1990 Censuses. Hazen and DeValls Bluff (a second county seat) are located near the county's center, both along US 70. Fredonia (Biscoe), near the east side and Ulm, near the south side, are small towns, with 2010 populations of 363 and 205, respectively.

Prairie County has dozens of unincorporated communities and ghost towns within its borders. This is due to early settlers in Arkansas tending to settle in small clusters rather than incorporated towns. For example, communities like Slovak had a post office at some point in their history. Other communities are simply a few dwellings at a crossroads that have adopted a common place name over time. Some are officially listed as populated places by the United States Geological Survey, and others are listed as historic settlements.

Townships in Arkansas are the divisions of a county. Each township includes unincorporated areas; some may have incorporated cities or towns within part of their boundaries. Arkansas townships have limited purposes in modern times. However, the United States Census does list Arkansas population based on townships (sometimes referred to as "county subdivisions" or "minor civil divisions"). Townships are also of value for historical purposes in terms of genealogical research. Each town or city is within one or more townships in an Arkansas county based on census maps and publications. The townships of Prairie County are listed below; listed in parentheses are the cities, towns, and/or census-designated places that are fully or partially inside the township.

All content from Kiddle encyclopedia articles (including the article images and facts) can be freely used under Attribution-ShareAlike license, unless stated otherwise. Cite this article:
Prairie County, Arkansas Facts for Kids. Kiddle Encyclopedia.