The name San Pedro ("Saint Peter") was given after its capital.

During the 17th and 18th centuries there was much problems with the people in the region. To help for the economic growth, three towns were started: San Estanislao (1749), Villa del Rosario (1786) and San Pedro de Ycuamandiyú (1786).

San Pedro, the second department of the country, was created by law in 1906, and had the territories of Itacurubí del Rosario, Santa Rosa del Aguaray, Tacuatí, Unión, Ygatimi and Curuguaty, as well as the area of the present Canindeyú department. Its limits were given finally by the Law 426 of 26 December 1973.

The department is divided in 20 districts: 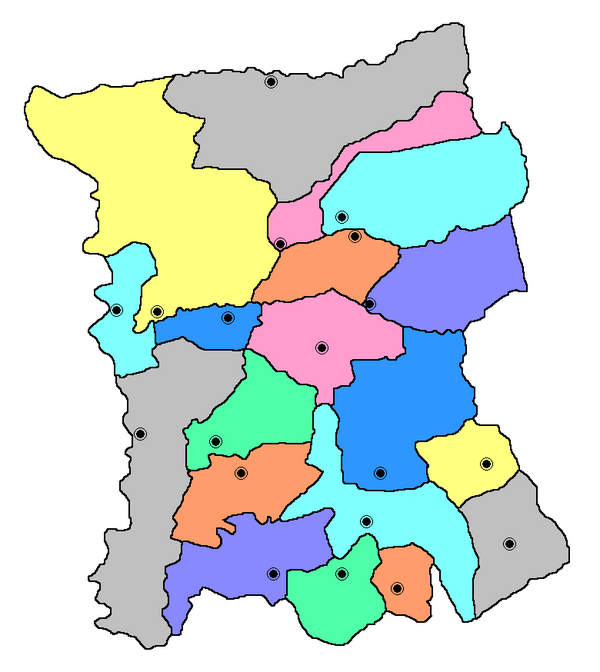 All content from Kiddle encyclopedia articles (including the article images and facts) can be freely used under Attribution-ShareAlike license, unless stated otherwise. Cite this article:
San Pedro Department, Paraguay Facts for Kids. Kiddle Encyclopedia.