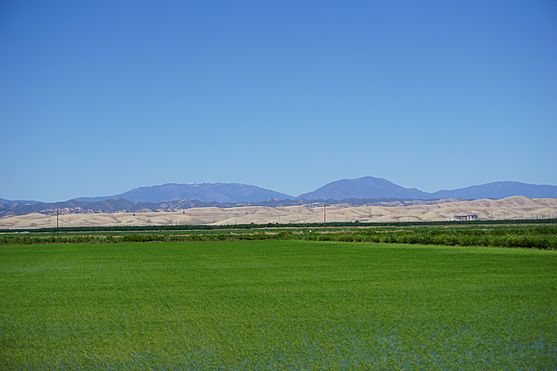 On clear days, the peak should be seen from Mount Diablo, and from several peaks, including Mount Saint Helena and Mount Konocti, in the Mayacamas Mountains. The peaks are visible from Arbuckle on Interstate 5 in California's Central Valley. The summits and nearby high mountains get snowfall in winter. The mountain's winter snowpack can last until June.

All content from Kiddle encyclopedia articles (including the article images and facts) can be freely used under Attribution-ShareAlike license, unless stated otherwise. Cite this article:
Snow Mountain East Facts for Kids. Kiddle Encyclopedia.