Sonic Underground (French: Sonic Le Rebelle) is an American-French animated children's television series co-produced by DIC Productions, L.P., Les Studios Tex S.A.R.L. and TF1. It is the third Sonic the Hedgehog animated series, and also the last one produced by DiC. It follows a main plot separate from all other Sonic the Hedgehog media, where Sonic had two siblings, Sonia and Manic, that were collectively part of a royal family who were forced to separate from their mother, Queen Aleena, upon Doctor Robotnik's takeover of Mobius due to a prophecy told by the Oracle of Delphius. Along the way, they encounter other resistance groups against Robotnik as well as powerful artifacts that could wreak havoc on the world, all the while searching for their long-lost mother Queen Aleena.

Despite the identical settings and animation, Sonic Underground greatly differs from previous series Sonic SatAM, namely with the inclusion of the Chaos Emeralds and Knuckles the Echidna, while excluding any of the characters from SatAM, most glaringly Miles "Tails" Prower, Sonic's best friend and franchise staple. Also, in a series first, Underground portrays Sonic as not only having a twin brother and sister, but being of royalty, making it the most unique and divergent amongst the Sonic the Hedgehog franchise.

The show first aired in France from 6 January 1999 to 23 May 1999 on TF1, and then premiered in the United Kingdom on 2 May 1999 on ITV on the GMTV strand and finally in the United States in the syndicated children's block BKN Kids II on August 30th, 1999 and ended on October 22nd, 1999. It also aired on the Sci-Fi Channel on weekday mornings starting October 1999, lasting until October 2000. The show ran only for one season consisting of forty episodes. It was the first Sonic the Hedgehog television series to be sold on the iTunes Store.

There was a time when Robotropolis was beautiful. It was then a peaceful city known as "Mobotropolis". But just after my children were born, the evil Doctor Robotnik used his technology... to turn our world... into a place of terror. As the source of Robotnik's money, the aristocrats were left to play, while our people were roboticized... and became slaves. Our royal family was outlawed, a price placed on our heads. Then, the Oracle of Delphius revealed the prophecy to me. (Oracle: Some day, you will reunite with your children to become the Council of Four... and overthrow Robotnik. But there is a price, Your Highness.) For the prophecy to be fulfilled, I had to give up my babies.

The show takes place in a separate canon and continuity than any other Sonic the Hedgehog media. Queen Aleena, the former ruler of Mobius, was overthrown by Dr. Robotnik and his lackeys Sleet and Dingo. Robotnik seized control of the planet and forced Queen Aleena into hiding. To preserve the dynasty, Queen Aleena separated her three children: Sonic, Manic, and Sonia after the Oracle of Delphius told her of a prophecy, proclaiming that one day, Queen Aleena would reunite with her children to form the "Council of Four," and overthrow Robotnik. Meanwhile, Dr. Robotnik did his best to set up an autocratic government, and legally turned anyone who stood against him into robots devoid of free will, and forced the nobles into paying large amounts of money to him as tribute.

When Sonic, Manic, and Sonia grew up, the Oracle of Delphius revealed the prophecy to them. After that, Sonic, Manic, and Sonia decided to go on a quest, searching throughout Mobius for Queen Aleena. Dr. Robotnik, with the assistance of the Swat-Bots and his bounty hunters Sleet and Dingo, tries constantly to capture the royal hedgehogs and prevent the prophecy from being fulfilled. 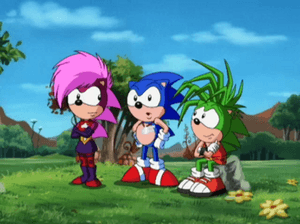 Sonia, Sonic, and Manic (from left to right) 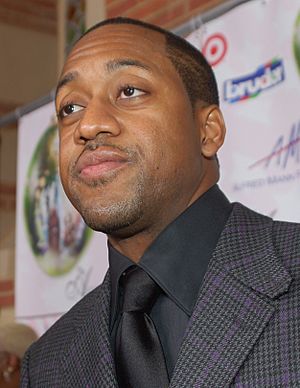 Jaleel White, in addition to reprising his role as Sonic from DiC's previous shows, also provided the voice for the character's siblings Manic and Sonia.

In the United States, Sterling Entertainment released a VHS/DVD titled Dr. Robotnik's Revenge in 2003, containing 4 episodes (3 on the VHS). It was re-released by NCircle Entertainment in 2007. The Sterling versions of the Adventures of Super Mario Bros. 3 "King Koopa Katastrophe" and The Legend of Zelda "Ganon's Evil Tower" DVDs also included 1 and 2 episodes respectively as DVD bonuses which the NCircle reissues of both releases excluded. Sterling Entertainment's VHS/DVD release of Sonic Christmas Blast also included 3 episodes (2 on the VHS).

Shout! Factory and Vivendi Entertainment have released the complete series on DVD in Region 1 (NTSC) in two volume sets. Volume 1, simply entitled Sonic Underground, was released on 18 December 2007. It contains the first 20 episodes of the show on three discs; a bonus fourth disc is an audio CD containing eight songs from the series, including the opening theme. Sonic Underground: Volume 2 was released on 17 June 2008, featuring the remaining 20 episodes. In May 2013 NCircle Entertainment released Volume 1 along with many of the older SEGA and Nintendo cartoons that were already released by Shout Factory. Most of the newer NCircle's releases are copies of the Shout Factory versions.

As of January 2018[update], Sonic Underground is available on the iTunes Store.

In the UK, the complete Sonic Underground series, comprising all 40 episodes on 10 DVDs, was released by Anchor Bay UK in 2004, compatible only with region 2 players. The entire series was re-released by Delta, who released a 4 disc DVD set with a 5th DVD containing bonus features for region 0 players in 2007. In return the entire series was re-released by GO Entertain, in the UK, compatible only with region 2 players.

The Sonic the Hedgehog comic from Archie Comics featured a story in one of its special issues in which the Sonic Underground continuity was featured. According to the comics' plot, the reality in which Sonic Underground takes place is one of many parallel universes that share elements with Sonic's own. In the story, Sonic Prime—hailing from the main universe in the comic series—joins forces with his counterpart and siblings to stop Dr. Robotnik, who has managed to assemble a monstrous battle machine known as the Giant Borg. Robotnik obtained the pieces for this machine due to being mistaken for one of his own counterparts by Evil Sonic, an evil counterpart of Sonic's who later came to be known as Scourge the Hedgehog.

The Sonic Universe spin-off comic was originally scheduled to feature an epilogue to the unfinished Sonic Underground for its 50th issue. However, for unknown reasons this was replaced with a story focusing on one of Sonic's long-running enemies, Metal Sonic. The Underground Epilogue was put on hold indefinitely, possibly due to its lack of relevance to current Sonic games and the comic series as a whole. The Archie Comics Sonic the Hedgehog and Sonic Universe series were later cancelled when SEGA terminated the publishing partnership.

All content from Kiddle encyclopedia articles (including the article images and facts) can be freely used under Attribution-ShareAlike license, unless stated otherwise. Cite this article:
Sonic Underground Facts for Kids. Kiddle Encyclopedia.