Tim Pawlenty was the Governor of Minnesota. He was elected Governor in 2002 and was re-elected in 2006. He did run for another term in 2010. He is a member of the United States Republican Party. He was succeeded by Mark Dayton.

Pawlenty ran for governor again in the 2018 election, but lost the Republican nomination to county commissioner Jeff Johnson.

Pawlenty ran for president in 2012.

Tim Pawlenty´s wife is Mary Pawlenty. Pawlenty has a also written a book. At right is Pawlenty´s signature. Pawlenty is a Republican.

The signature of Pawlenty 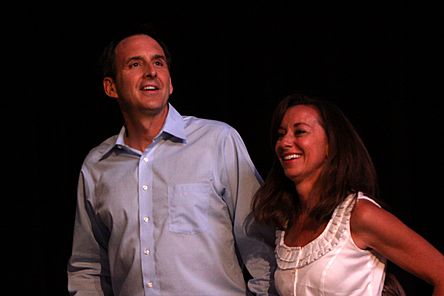 Tim Pawlenty with his spouse, Mary

All content from Kiddle encyclopedia articles (including the article images and facts) can be freely used under Attribution-ShareAlike license, unless stated otherwise. Cite this article:
Tim Pawlenty Facts for Kids. Kiddle Encyclopedia.