Victor Skumin was born on 30 August 1948 in Penza Oblast, Russia. His father, Andrew Skumin, was a KGB officer. 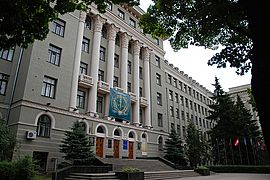 Skumin studied medicine at the Kharkov National Medical University. He graduated the University in 1973 with diploma with honours

In 1976, he became a psychotherapist in Kiev Institute of Cardiovascular Surgery. Skumin was the first to described a previously unknown disease, now it is called Skumin syndrome.

From 1980 to 1990, he has been professor of psychotherapy at the Kharkov Medical Academy of Postgraduate education. During this period Skumin investigated borderline mental disorders in chronic diseases of the digestive system in children and adolescents.

From 1990 to 1994, Skumin held positions as Professor by the Chair of Psychology and Pedagogy, and Professor by the Chair of Physical Education and Health life at the Kharkov State Academy of Culture. In 1994, Skumin became President of the World Organization of Culture of Health (WOCH) — International social movement "To Health via Culture" (Russian: Междунаро́дное обще́ственное Движе́ние «К Здоро́вью че́рез Культу́ру»). In 1995, Skumin became the first editor-in-chief of the journal To Health via Culture. This journal of the World Organisation of Culture of Health (″World Health Culture Organization″) received an International Standard Serial Number (ISSN) 0204-3440. The main topics of the magazine are the dissemination of ideas of Culture of Health, holistic medicine, and Buddhism.

In the Russian Orthodox Church the social activities of this international organization qualifies as an ideology of the New Age.

Skumin Doctrine of Culture of Health

In 1968, when Skumin was still a medical student, he proposed the term ″Culture of Health″ (Russian: ″Культу́ра Здоро́вья″), which has become widespread. The main task of the Culture of Health is to implement innovative health programs that support a holistic approach to physical, mental and spiritual well-being.

The Culture of Health means recognizing health’s central importance in the lives. Expounding the philosophical aspects of his Doctrine of Culture of Health, Skumin referred to the works of Helena Blavatsky, Helena and Nicholas Roerich, Konstantin Tsiolkovsky, and Alexander Chizhevsky. In some of his publications, he argues that the Culture of Health will play an important role in the creation of a human Spiritual society into the Solar System.

The Culture of Health is the basic science about Spiritual Humanity. It studies the perspectives of harmonious development of "Spiritual man" and "Spiritual ethnos" as a conscious creator of the State of Light into the territory of the Solar System" (by Skumin). 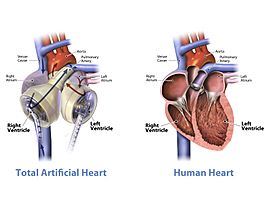 Skumin syndrome (Russian: Синдро́м Ску́мина) was described by Skumin in 1978 as a "cardioprosthetic psychopathological syndrome", associated with mechanical heart valve implant and manifested by irrational fear, anxiety, depression and sleep disorder. This syndrome is often accompanied by asthenia.

Alain Carpentier – a member of the French Academy of Sciences and the head the Department of Cardiovascular Surgery at the Hôpital Européen Georges-Pompidou in Paris – believed in 2011 that Skumin syndrome develops in a quarter of the patients with an artificial heart valve. It is possible that a similar problem arises in the conduct of operations to implement an artificial heart.

In 1979, Skumin created a special modification of mind control method for psychological rehabilitation of patients. This method is based on autogenic training. Autogenic training is a relaxation technique developed by the psychiatrist Johannes Heinrich Schultz. He emphasized parallels to techniques in yoga and meditation. It is a method for influencing one's autonomic nervous system. The technique involves the daily practice of sessions that last around 15 minutes, usually in the morning, at lunch time, and in the evening. During each session, the practitioner will repeat a set of visualisations that induce a state of relaxation. Each session can be practiced in a position chosen amongst a set of recommended postures.

The technique of the Skumin mind control method (Russian: "Психотре́нинг по Ску́мину") involves the use of two standard postures: sitting meditation and lying down meditation. This method of psychotraining includes five psychological exercises: the first is "the relaxation", the second one is "the warming", the third one is "the zero gravity", the fourth one is "the target autosuggestion", and the fifth exercise is "the psychological activation". Each session contain explanation of the theory and practice of each new exercise as it is reached. The therapeutic effect is achieved by the neutralization of traumatic emotional experiences and the progressive reorganization of the psychic structures to include previously unacceptable mental contents, too. This method of psychotherapy has found application in medical practice, in particular in the treatment of phobias, headaches, etc.

Skumin proposed mixture subsequently named after him. Skumin’s mixture (Russian: Миксту́ра Ску́мина) is a medicine with a sedative effect, affecting the central nervous system. It is used to treat Skumin syndrome, light forms of heart failure, anxiety and sleep disorders, and asthenia. The medicine is known to be well tolerated, with no contra-indications, except sensitivity. The formula contains Adonis vernalis, Crataegus, Valerian root, Leonurus cardiaca, Eucalyptus, Peppermint, and Rose hip. 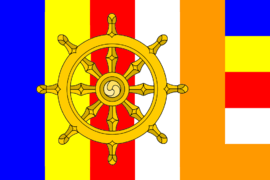 Skumin wrote many books and articles on a variety medical and spiritual topics advocating a holistic approach to health. He is the author or co-author of a series illustrated books on the culture of health, yoga, Roerich’s philosophy, and Buddhism.

He is the author of music and lyrics of several songs. Among them:

All content from Kiddle encyclopedia articles (including the article images and facts) can be freely used under Attribution-ShareAlike license, unless stated otherwise. Cite this article:
Victor Skumin Facts for Kids. Kiddle Encyclopedia.