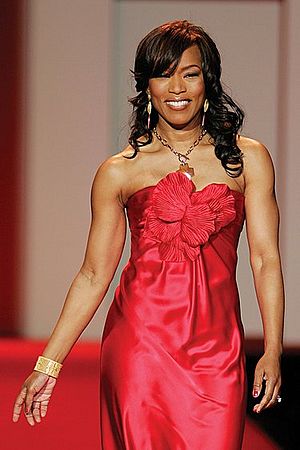 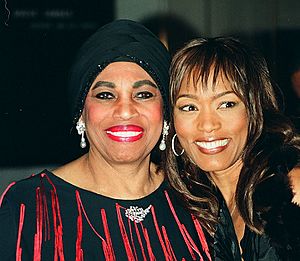 Angela Bassett (born August 16, 1958) is an American actress. She is best known for her movies including Waiting to Exhale and How Stella Got Her Groove Back.

Angela Bassett was born in Harlem, New York City. Afterwards, she moved to St. Petersburg, Florida and was brought up by her foster mother Betty. She studied of Yale University and got her Bachelor of Arts in African-American history in 1980.

In 1986, she met her future husband Courtney B. Vance in Yale, who studied drama. After graduating, she worked as a receptionist for a beauty salon and as a photo researcher. Bassett married Vance in 1997. They live in California and have twin children since 2006.

All content from Kiddle encyclopedia articles (including the article images and facts) can be freely used under Attribution-ShareAlike license, unless stated otherwise. Cite this article:
Angela Bassett Facts for Kids. Kiddle Encyclopedia.