Kids Encyclopedia Facts
Not to be confused with Beekmantown, New York.

Beekman is a town in Dutchess County, New York, United States. It is part of the Poughkeepsie–Newburgh–Middletown, NY Metropolitan Statistical Area as well as the larger New York–Newark–Bridgeport, NY-NJ-CT-PA Combined Statistical Area. The population was 14,621 at the 2010 census. The name is from Henry Beekman, an early land owner. 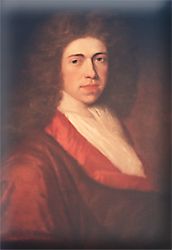 Henry Beekman, holder of large land stakes in Dutchess County, lent his name to the area in the late seventeenth century

The "Beekman" name became attached to the area in 1697, from Henry Beekman, a Kingston native, who had numerous land stakes in Dutchess County. The town had also been occupied by the Wappinger Indians, before the first European settlers arrived around 1710. The Beekman Patent, granted to Beekman in 1697, was the second largest land holding in Dutchess County. In 1737, Beekman became an official precinct, and local government was erected. 1788 was the initial period of establishing towns and counties in the newly independent state of New York, but parts were removed subsequently to form other towns. Beekman contributed part of its territory to the newer towns of LaGrange (1821) and Union Vale (1827). Iron ore extraction and smelting were important in the early economy. The Beekman Patent was a manor until after the Revolution. Residents could only lease the land and pay rent in wheat, fat fowls and work on roads. The series Settlers of the Beekman Patent chronicles the lives of all residents there in the 18th century.

Beekman saw its first place of worship shortly thereafter, a Lutheran church located off Beach Road, which was frequented by German emigrants. The Quaker family, well known in the area for being one of the initial settlers, created a meeting house in 1771 in Gardner Hollow, named the "Apoquague Preparative Meeting". The church attracted most of the population at the time, and those who did not worship there frequented St. Denis Church, a Catholic church, just beyond the East Fishkill border.

Beekman began its "boom" in the late 19th and early 20th centuries as the communities of Sylvan Lake, Beekmanville, and Clove Valley were in the active mining business. Many townsfolk that settled in town during this time were Irish men, escaping the Potato Famine, and sent their families to Beekman as well. However, the mining industry died out in the late 19th century, with very few remains today. The most notable one, the "Beekman Furnace", is still intact on Furnace Road, just off Clove Valley Road.

Beekman in the 20th century

After the demise of the mining business in the late 19th century, Beekman saw another boom in the 20th century, with housing developments such as Dalton Farm, the first gas stations, and construction of the first supermarket in town, Shoprite (now Stop & Shop), signalling the beginning of suburban development.

Today Beekman has a total population of 14,000, being one of the fastest growing towns in the entire country. Comparatively few farms remain, and commerce and industry increasingly shape the non-residential areas of the town.

Beekman is located in the southeastern part of Dutchess County, about 70 miles (110 km) north of New York City. According to the United States Census Bureau, the town has a total area of 30.3 square miles (78.6 km2), of which 29.8 square miles (77.3 km2) is land and 0.50 square miles (1.3 km2), or 1.45%, is water. Most of the town is drained by Fishkill Creek, which flows west to the Hudson River at Beacon. The southern corner of the town is drained by Stump Pond Creek, part of the Croton River watershed that flows to the Hudson at Croton-on-Hudson.

There were 3,751 households out of which 46.3% had children under the age of 18 living with them, 70.0% were married couples living together, 7.7% had a female householder with no husband present, and 19.1% were non-families. 14.3% of all households were made up of individuals and 3.8% had someone living alone who was 65 years of age or older. The average household size was 3.04 and the average family size was 3.41.

Although Beekman has no major highways, it does have two major thoroughfares. New York State Route 55 crosses from the Pawling town line to the Union Vale town line and is a direct route northwest into the city of Poughkeepsie. Route 216 goes from Route 55 into the town of East Fishkill where it meets Route 52.

Metro-North Railroad's Beacon Line runs through the south end of town along Greenhaven Road and Depot Hill Road. It is currently a non-revenue line with no station stops, but is used for equipment moves between Beacon, Southeast and Danbury.

Communities and locations in Beekman

All content from Kiddle encyclopedia articles (including the article images and facts) can be freely used under Attribution-ShareAlike license, unless stated otherwise. Cite this article:
Beekman, New York Facts for Kids. Kiddle Encyclopedia.