Boone County is a county located in the U.S. state of Illinois. As of the 2010 census, the population was 54,165. Its county seat is Belvidere.

Boone County was formed in 1837 out of Winnebago County. It was named for Kentucky frontiersman Daniel Boone. The first non-Native American settlers arrived in what is now Boone County in 1835. They arrived as a result of the end of the Black Hawk War as well as the completion of the Erie Canal. They consisted entirely of settlers from New England. These were "Yankee" settlers, that is to say they were descended from the English Puritans who settled New England in the colonial era. They were primarily members of the Congregational Church though due to the Second Great Awakening many of them had converted to Methodism and some had become Baptists before coming to what is now Boone County. When the New England settlers arrived in what is now Boone County there was nothing but a dense virgin forest and wild prairie. In the late 1870s immigrants began arriving from Germany and Ireland. 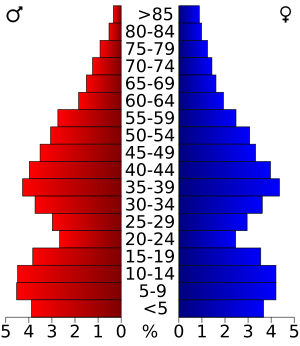 Boone County is divided into these nine townships:

All content from Kiddle encyclopedia articles (including the article images and facts) can be freely used under Attribution-ShareAlike license, unless stated otherwise. Cite this article:
Boone County, Illinois Facts for Kids. Kiddle Encyclopedia.