DeKalb County is a county located in the U.S. state of Illinois. As of the 2010 census, the population was 105,160. Its county seat is Sycamore.

DeKalb County was formed on March 4, 1837, out of Kane County, Illinois. The County was named in honor of Johann de Kalb, a German (Bavarian) hero of the American Revolutionary War. DeKalb County is approximately 632.7 square miles, located 63 miles west of Chicago. There are 19 townships in the county with the county seat at Sycamore.

Between 1834 and 1837, early white men began to settle in DeKalb County along the streams and wooded areas because of the fertile soil, wild game, and food and water opportunities. Major growth stemmed from the introduction of the railroad which brought easier methods of transportation and opportunities for industrial growth. Some of the notable industries based in DeKalb County were: Sandwich Manufacturing Company, Marsh Harvester Company, Barbed Wire, Gurler Brothers Pure Milk and many more.

Education has played an important role in the area with Northern Illinois University located in DeKalb and Kishwaukee Community College located in Malta. A major fair has been held each year since 1887 at the Sandwich Fairgrounds in Sandwich.

Unlike similarly spelled locations, such as DeKalb County, Georgia, DeKalb denizens from Illinois pronounce the county name di-KALB, with an L sound, as opposed to a silent "L." 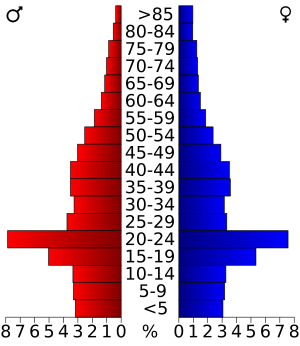 All content from Kiddle encyclopedia articles (including the article images and facts) can be freely used under Attribution-ShareAlike license, unless stated otherwise. Cite this article:
DeKalb County, Illinois Facts for Kids. Kiddle Encyclopedia.