The commune of Bressuire is surrounded by the communes:

The climate of Bressuire, in the Köppen climate classification, is Cfb - Oceanic climate with template summers.

The inhabitants of Bressuire are known, in French, as Bressuirais (women: Bressuiraises).

Evolution of the population in Bressuire 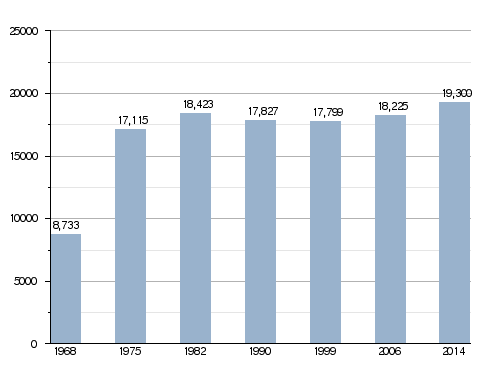 Bressuire is a subprefecture of the Deux-Sèvres department, the capital of the arrondissement of Bressuire and the administrative centre (French: chef-lieu) of the canton of Bressuire. 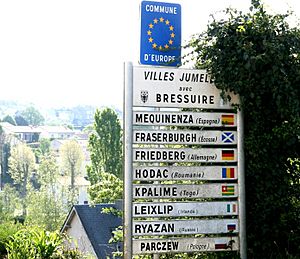 Bressuire and its twinned towns.

Bressuire is twinned with:

All content from Kiddle encyclopedia articles (including the article images and facts) can be freely used under Attribution-ShareAlike license, unless stated otherwise. Cite this article:
Bressuire Facts for Kids. Kiddle Encyclopedia.