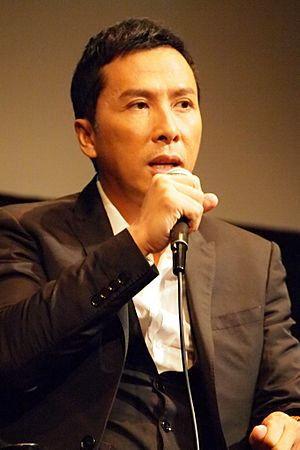 Yen was born in Guangzhou, Guangdong. When he was two years old, his family moved to Hong Kong. They later moved to Boston, Massachusetts, United States when he was 11. He has been married twice and has three children.

All content from Kiddle encyclopedia articles (including the article images and facts) can be freely used under Attribution-ShareAlike license, unless stated otherwise. Cite this article:
Donnie Yen Facts for Kids. Kiddle Encyclopedia.