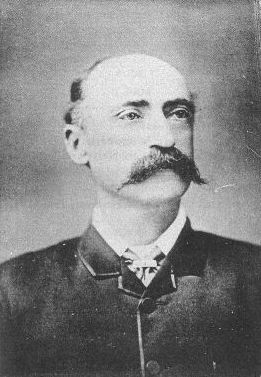 Photo of Giles in his book Australia Twice Traversed.

Giles was born in Bristol, England. He moved to Adelaide, South Australia when he was 15. He was one of the first Europeans to explore the empty desert of central Australia during the 1870s. Giles was the first European to explore Lake Amadeus and The Olgas. He named them after Amadeus, King of Spain Olga, Queen of Wurttemberg.

He has written works about his journeys. In 1880, he published The Journal of a Forgotten Expedition, an account of his third expedition. In 1889, he wrote Australia Twice Traversed: The Romance of Exploration, the story of his five main expeditions. Giles died of pneumonia on 13 November 1897. Mount Giles, the third highest mountain in the Northern Territory was named after him.

All content from Kiddle encyclopedia articles (including the article images and facts) can be freely used under Attribution-ShareAlike license, unless stated otherwise. Cite this article:
Ernest Giles Facts for Kids. Kiddle Encyclopedia.