Gilbert and Sullivan facts for kids 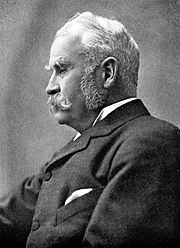 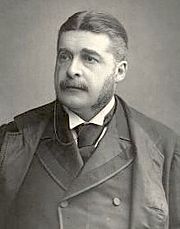 Gilbert and Sullivan were two men who worked together during the late 19th century to write fourteen well known comic operas. W.S. Gilbert wrote the words to the operas, while Arthur Sullivan was the composer who wrote the music.

Gilbert and Sullivan introduced innovations in content and form that influenced the development of musical theatre in the 20th century. The operas have also influenced political discourse, literature, film and television. Their operas are still commonly performed today, and some have been turned into movies. Many of the operas are very funny, and the songs are often parodied.

Producer Richard D'Oyly Carte brought Gilbert and Sullivan together and helped their collaboration. He built the Savoy Theatre in 1881 to present their joint works, and founded the D'Oyly Carte Opera Company, which performed and promoted their works for over a century.

All content from Kiddle encyclopedia articles (including the article images and facts) can be freely used under Attribution-ShareAlike license, unless stated otherwise. Cite this article:
Gilbert and Sullivan Facts for Kids. Kiddle Encyclopedia.