The Indo-European languages are the world's largest language family.

Linguists believe they all came from a single language, Proto-Indo-European, which was originally spoken somewhere in Eurasia. They are now spoken all over the world.

The Indo-European languages are a family of several hundred related languages and dialects, including most major languages in Europe, the Iranian plateau, and South Asia.

Historically, this language family was also important in Anatolia and Central Asia.

The earliest Indo-European writing is from the Bronze Age in Anatolian and Mycenaean Greek. The origin of Indo-European is after the invention of farming since some Proto-Indo-European words are farming words.

Although it may have fewer different languages than some other language families, it has the most native speakers, about 2.7 billion.

Of the 20 languages with the most speakers, 12 are Indo-European: English, Spanish, Hindi, Portuguese, Bengali, Russian, German, Sindhi, Punjabi, Marathi, French, and Urdu.

Four of the six official languages of the United Nations are Indo-European: English, Spanish, French, and Russian. 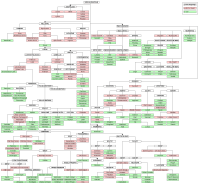 These are the main Indo-European language groups:

Most Indo-European languages use the Latin script, but others use the Devanagari, Cyrillic, or Arabic scripts.

The number of speakers derived from statistics or estimates (2019) and were rounded:

Suggestions of similarities between Indian and European languages began to be made by European visitors to India in the 16th century. In 1583, Thomas Stephens S.J. an English Jesuit missionary in Goa, India, noticed similarities between Indian languages and Greek and Latin and included them included in a letter to his brother, but it was not published until the 20th century.

The first account to mention Sanskrit is from Filippo Sassetti. Born in Florence, Italy, in 1540, he was a merchant who was among the first Europeans to study the Sanskrit. Writing in 1585, he noted some word similarities between Sanskrit and Italian such as devaḥ/dio "God", sarpaḥ/serpe "serpent", sapta/sette "seven", aṣṭa/otto "eight", nava/nove "nine"). However, neither observation led to further scholarly inquiry.

In 1647, Dutch linguist and scholar Marcus Zuerius van Boxhorn noted the similarity among Indo-European languages and supposed that they derived from a primitive common language. He included in his hypothesis Dutch, Greek, Latin, Persian, and German and later added Slavic, Celtic and Baltic languages. However, his suggestions did not become widely known and did not stimulate further research.

Gaston Coeurdoux and others had made similar observations. Coeurdoux made a thorough comparison of Sanskrit, Latin and Greek conjugations in the late 1760s to suggest a relationship between the languages. Similarly, Mikhail Lomonosov compared different languages groups of the world, including Slavic, Baltic, Iranian, Finnish, Chinese, Hottentot and others.

The hypothesis reappeared in 1786, 20 years after Coeurdoux, when Sir William Jones lectured on the striking similarities between three of the oldest languages known in his time: Latin, Greek, and Sanskrit. He later tentatively added Gothic, Celtic, and Old Persian but made some errors and omissions in his classification.

In 1813, Thomas Young was first to use the term Indo-European. It became the standard scientific term except in Germany through Franz Bopp's Comparative Grammar. Appearing between 1833 and 1852, it was the starting point of Indo-European studies as an academic discipline.

Some 20th-century scholars thought Indo-European languages started in Armenia or India, but most think that it was in Eastern Europe or Anatolia. Recent studies support an origin in northern Iran and Armenia.

All content from Kiddle encyclopedia articles (including the article images and facts) can be freely used under Attribution-ShareAlike license, unless stated otherwise. Cite this article:
Indo-European languages Facts for Kids. Kiddle Encyclopedia.