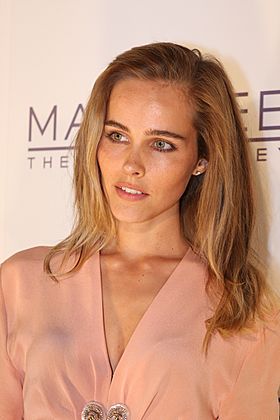 Isabel Lucas (born 29 January 1985) is an Australian actress. She is well known for her role in the soap opera Home and Away, as well as in movies such as Immortals, Transformers: Revenge of the Fallen, Daybreakers, Red Dawn and The Loft.

All content from Kiddle encyclopedia articles (including the article images and facts) can be freely used under Attribution-ShareAlike license, unless stated otherwise. Cite this article:
Isabel Lucas Facts for Kids. Kiddle Encyclopedia.