The J.League Cup is a Japanese football (soccer) competition organized by J.League. It is the oldest professional domestic football competition in Japan. It has been sponsored by Yamazaki Biscuits of Yamazaki Baking (formerly Yamazaki Nabisco) since its inception in 1992. It is also known as the J. League YBC Levain Cup or Levain Cup (Levain is one of Yamazaki's products). It was known as the Yamazaki Nabisco Cup or Nabisco Cup until August 2016.

The tournament format varies almost each year largely depending on the schedule of international matches such as the Olympic Games and World Cup games (see the Format section below).

Since 2007, the winners are qualified for the Suruga Bank Championship held in the following summer. 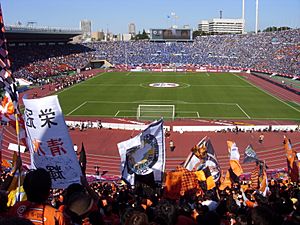 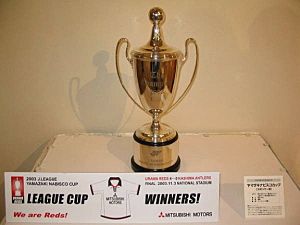 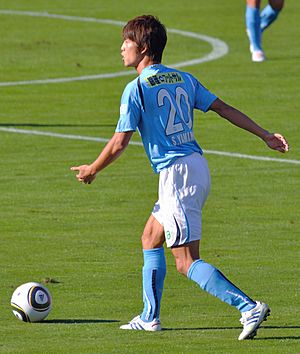 All content from Kiddle encyclopedia articles (including the article images and facts) can be freely used under Attribution-ShareAlike license, unless stated otherwise. Cite this article:
J. League Cup Facts for Kids. Kiddle Encyclopedia.