Karl Theodor Jaspers (February 23, 1883 – February 26, 1969), a German psychiatrist and philosopher, had a strong influence on modern theology, psychiatry and philosophy. 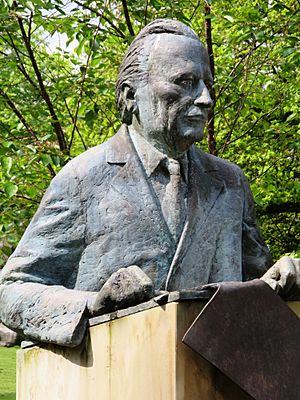 Jaspers was born in Oldenburg. He showed an early interest in philosophy, but his father's experience with the legal system undoubtedly influenced his decision to study law at university. It soon became clear that he did not particularly enjoy law, and he switched to studying medicine in 1902.

Jaspers graduated from medical school in 1909 and began work at a psychiatric hospital in Heidelberg. Jaspers became dissatisfied with the way the medical community of the time approached the study of mental illness and set himself the task of improving the psychiatric approach. In 1913 Jaspers gained a temporary post as a psychology teacher at Heidelberg University. The post later became permanent, and Jaspers never returned to clinical practice.

In 1921, at the age of 38, Jaspers turned from psychology to philosophy, expanding on themes he had developed in his psychiatric works. He became a renowned philosopher, well respected in Germany and Europe. 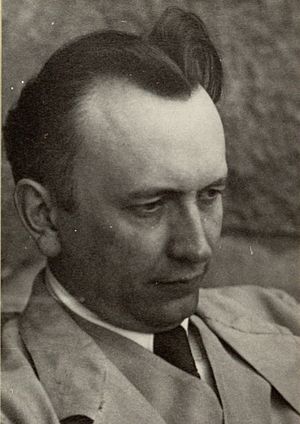 In 1948 Jaspers moved to the University of Basel in Switzerland. He remained prominent in the philosophical community and became a naturalized citizen of Switzerland living in Basel until his death on his wife's 90th birthday in 1969.

Jaspers' dissatisfaction with the popular understanding of mental illness led him to question both the diagnostic criteria and the methods of clinical psychiatry. He published a revolutionary paper in 1910 in which he addressed the problem of whether paranoia was an aspect of personality or the result of biological changes.This article introduced a new method of study. Jaspers studied several patients in detail, giving biographical information on the people concerned as well as providing notes on how the patients themselves felt about their symptoms. This has become known as the biographical method and now forms the mainstay of modern psychiatric practice.

All content from Kiddle encyclopedia articles (including the article images and facts) can be freely used under Attribution-ShareAlike license, unless stated otherwise. Cite this article:
Karl Jaspers Facts for Kids. Kiddle Encyclopedia.