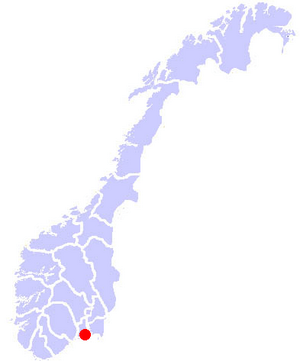 The location of Larvik. 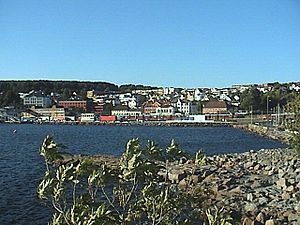 The coast of Larvik.

Larvik is a city and municipality in Norway. The municipality lies within the county Vestfold og Telemark. It has a population of 47,440.

Kaupang in Skiringssal is an archaeological site where the remains of an ancient town was discovered. It is now known as the oldest known merchant town in Norway.

Farris is a brand of mineral water produced in Larvik, and is Norway's oldest bottled-water.

All content from Kiddle encyclopedia articles (including the article images and facts) can be freely used under Attribution-ShareAlike license, unless stated otherwise. Cite this article:
Larvik Facts for Kids. Kiddle Encyclopedia.